Walking through the streets of San Cristóbal de La Laguna at Christmas takes you to another world. Start on Avenida Trinidad, where the characteristic scent of roasted chestnuts invites you to warm up with a handful of this traditional Christmas snack.

Next, a stroll along busy Calle Herradores, one of the main main streets in La Laguna. Until the 19th century, this was the capital of Tenerife, hosting important artists and figures of recognized prestige that gave the city the charm that, centuries later,  made it a World Heritage Site.

Calle Obispo Rey Redondo is one of the prettiest Christmas spots with an illuminated walkway all the way to the lovely Plaza del Adelantado. This is the spot where locals and visitors alike take a photo and create a Christmas memory.

However, the Plaza del Adelantado itself has its own breathtaking festive attractions. Stone benches with angel wings illuminated with LEDS; another perfect photo spot where you often have to queue and get to share the moment and Christmas cheer with other sightseers.

After visiting the Plaza del Adelantado, where by the way you can also try some local Christmas sweets, the next La Laguna Christmas highlight is in the Plaza del Cristo. Here, a giant tree all of 20 meters high lights up the whole square and the La Laguna Market. This historic square was once on the edge of the town and separated the urban zone from the countryside, also known as the “Vega Lagunera”.

And while we talk of history, let’s not forget the divine local tradition known as “Lo Divino” where groups of neighbours walk the streets with instruments and sing popular local carols and Christmas songs to the delight of all passersby. This tradition has been maintained over the years and you still see groups of people walking the peaceful streets of La Laguna, drums in hand, singing the best known carols.

If Christmas at La Laguna has a defining characteristic, it is a peace and tranquility that allows you to enjoy it at your own pace. Wander between highlights and take in historical buildings, festive nooks or just the gentle bustle of local life. La Laguna invites you to relax, disconnect and enjoy the environment around you.

A small challenge to finish: Take a photo in each illuminated corner and create a colorful album of memories from a place that is said to be the city with the most beautiful street in Spain. 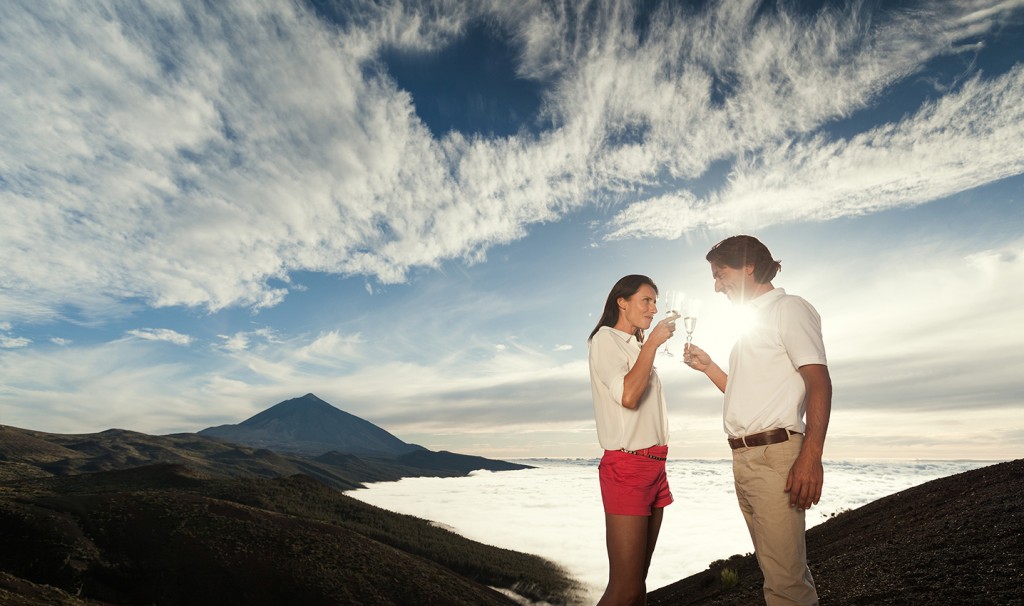 Do you love the Christmas season? Then you will love Tenerife. 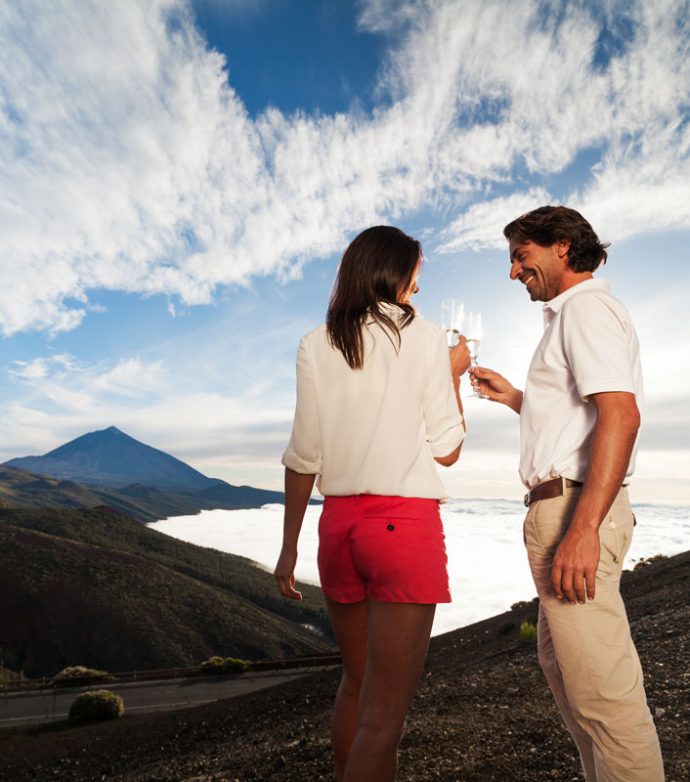 As everywhere in Spain, Christmas ends with the Three Kings’ Day on January 6th. Until then you can visit lots of traditional events and the pleasant climate brings us on top an unforgettable Christmas holiday in Tenerife.

Can you imagine walking on a paradisiacal beach on December 25th before diving into crystal-clear water? No problem on the largest of the Canary Islands!

But in addition to the spectacular climate and breathtaking nature of the island, Tenerife offers many cultural events during the Christmas season. For example, open air, you can listen to the Christmas concert in the capital, Santa Cruz. Make sure to try the „Truchas de Boniato y Cabello de Ángel“, a typical Christmas biscuit. And you definitely shouldn’t miss the lovingly handcrafted cribs that are exhibited in public buildings, on town hall squares or privately in the municipalities. 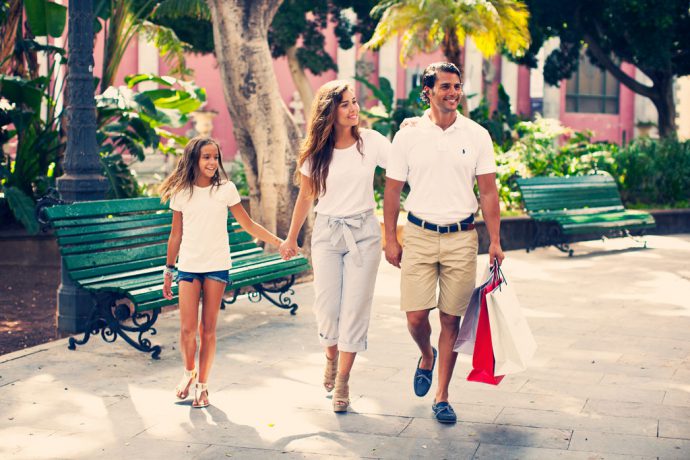 Activities for the whole family

In addition to the Christmas concert of the Tenerife Symphony Orchestra, the PIT will take place in the capital in the International Centre for Fairs and Congresses. For three weeks, various recreational events for children are offered.

There is also a small ice rink in Santa Cruz. Ice skating under palm trees, isn’t that great?!

The museums of Tenerife also invite you to a variety of leisure and educational activities with interesting workshops during these Christmas holidays.

New this year in the capital

New this year is “El Rinconcito Navideño” with funfair, sale of Christmas decorations, Christmas cookies, food trucks and activities for children, similar to a Christkindlmarkt. 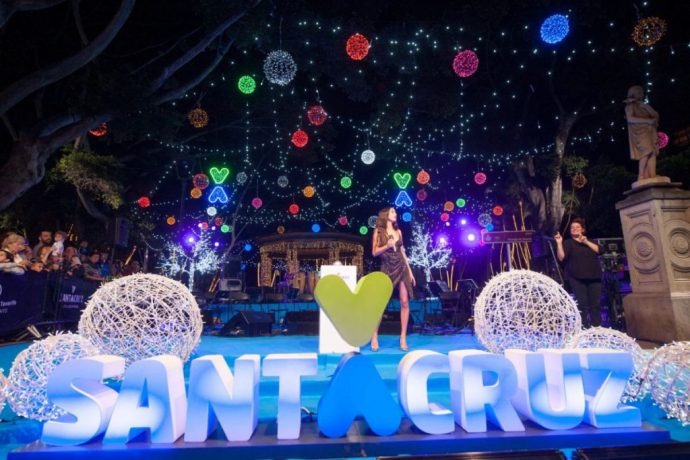 Start the New Year with a dip

Spending the New Year’s Eve outside under the palm trees is really something special.

In Tenerife you start the evening with a gala dinner in one of the many restaurants or hotels, spending the rest of the night under the stars and enjoying the colorful fireworks. The next morning you can dive into the sea, as a symbol of renewal and purity and start 2018 in a different way. 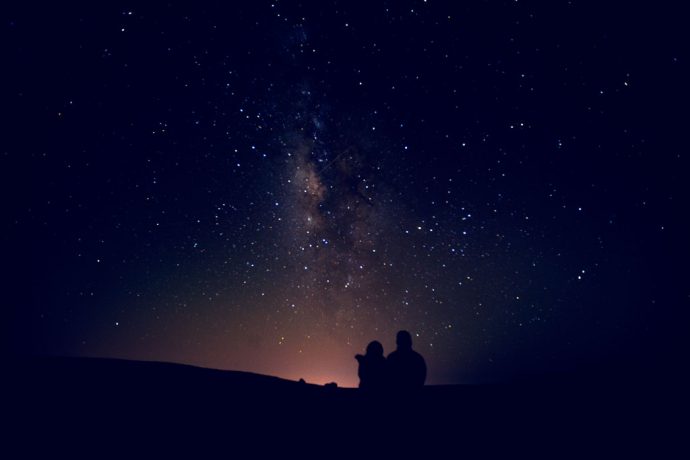 The Three Wise Men in Tenerife

Christmas is also a time for parades, the most important one is the Three Kings Parade, the evening before the Three Kings’ Day, on January 5th, taking place in all the municipalities of the island. 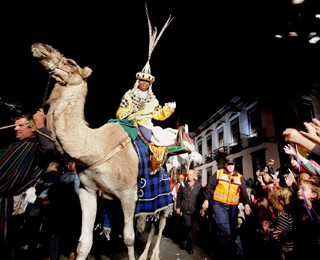 Thousands of families gather here to celebrate the arrival of the Three Kings of the Orient and their entourage. Mostly they ride on their camels (traditional way), but also in classic cars, floats or even on foot, they arrive on the island and give sweets to young and old. The next morning, on January 6th, finally, the long-awaited Christmas gifts are under the Christmas tree, before the magic of Christmas is over again…