The pilgrimages, called romerías, of Tenerife are certainly the highest expression of Canarian idiosyncrasy. People dressed in traditional costumes (many hand-woven and embroidered) accompany ox carts decorated with great attention to detail, distributing traditional delicacies to all passers-by. Music in each corner, sounds created by unique instruments of the Canaries… Join us!

Origin of the pilgrimages in Tenerife

The romerías arise from religious pilgrimages, made first to Rome (hence the term “romería”). But then they brought it to each municipality making the pilgrimage towards the church or Saint.

In Tenerife, the oldest celebration not only of the Island but of the entire archipelago is the “Romería del Socorro”. It is celebrated in the municipality Güímar in September and comes from the Guanche era. When the aborigines found the Virgin of Candelaria, the Mencey (King) Acaymo decided to carry the statue and had to ask for help, as it was not transportable because of its weight. 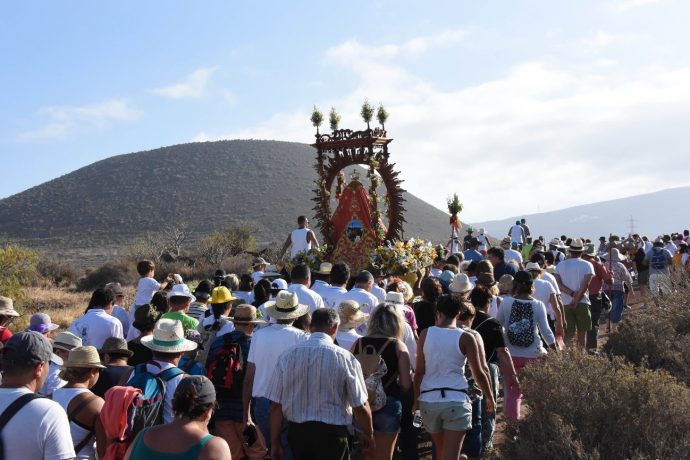 Today the pilgrimages have evolved to be an effusive expression of the Canarian people. Chácaras (percussion musical instrument), carts, traditional dresses and typical dishes mark the beat of any celebration, to which the locals usually decorate their balconies with elements and pennants.

On our island there are an infinity of pilgrimages, each with its own character and identity. However, some of our celebrations stand out and have been awarded the title “Fiestas of National Tourist Interest”. These are for example: the Fiesta de las Cruces and Fuegos de Mayo in Los Realejos (although this is not a pilgrimage) and the Octava del Corpus and Romería of San Isidro in La Orotava. 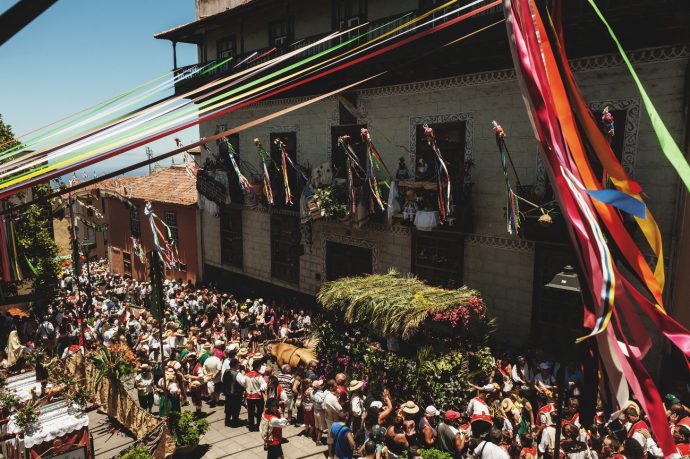 In May starts the romería season on the island. Most of these festivals take place until September, although they are celebrated all year round. If you are looking for a complete calendar of pilgrimages in 2019, Casa de los Balcones has created an updated calendar with all the important dates and celebrations, although here we summarise the most important festivals:

Romería of San Marcos in Tegueste

The event will be celebrated this year on Sunday, May 5th. It is one of the most popular romerías in Tenerife. Thousands of locals and visitors come together to see the famous carts that populate the streets of Tegueste. Last year 80,000 people participated in the romería.

Since the seventeenth century, this festival is celebrated in the municipality of Los Realejos. Documents from 1676 confirm that the peasants worshiped the saintly figure of San Isidro Labrador. Nowadays, the event is a “Fiesta of National Tourist Interest” and a very special day for the locals. This year it will be celebrated on June 2nd from 12:00 pm in the Parich of the Apostle Santiago.

84 carts crowned one of Tenerife’s most multitudinous pilgrimages last year. This year, the “Fiesta of National Tourist Interest” will also be celebrated on June 30th. In addition, it celebrates 83 years of history paying homage to San Isidro Labrador and Santa María de la Cabeza.

On July 14th, one of the most important festivals will take place in the municipality of the UNESCO World Heritage Site: the pilgrimage of San Benito Abad in La Laguna. Around 43,000 people gathered at this popular celebration last year. In total, more than 55 carts participated, demonstrating their status as a “Festival of National Tourist Interest”.

There are many more events, but that would go beyond this blog post. Therefore, do not forget to check our calendar to be informed about all news and events. 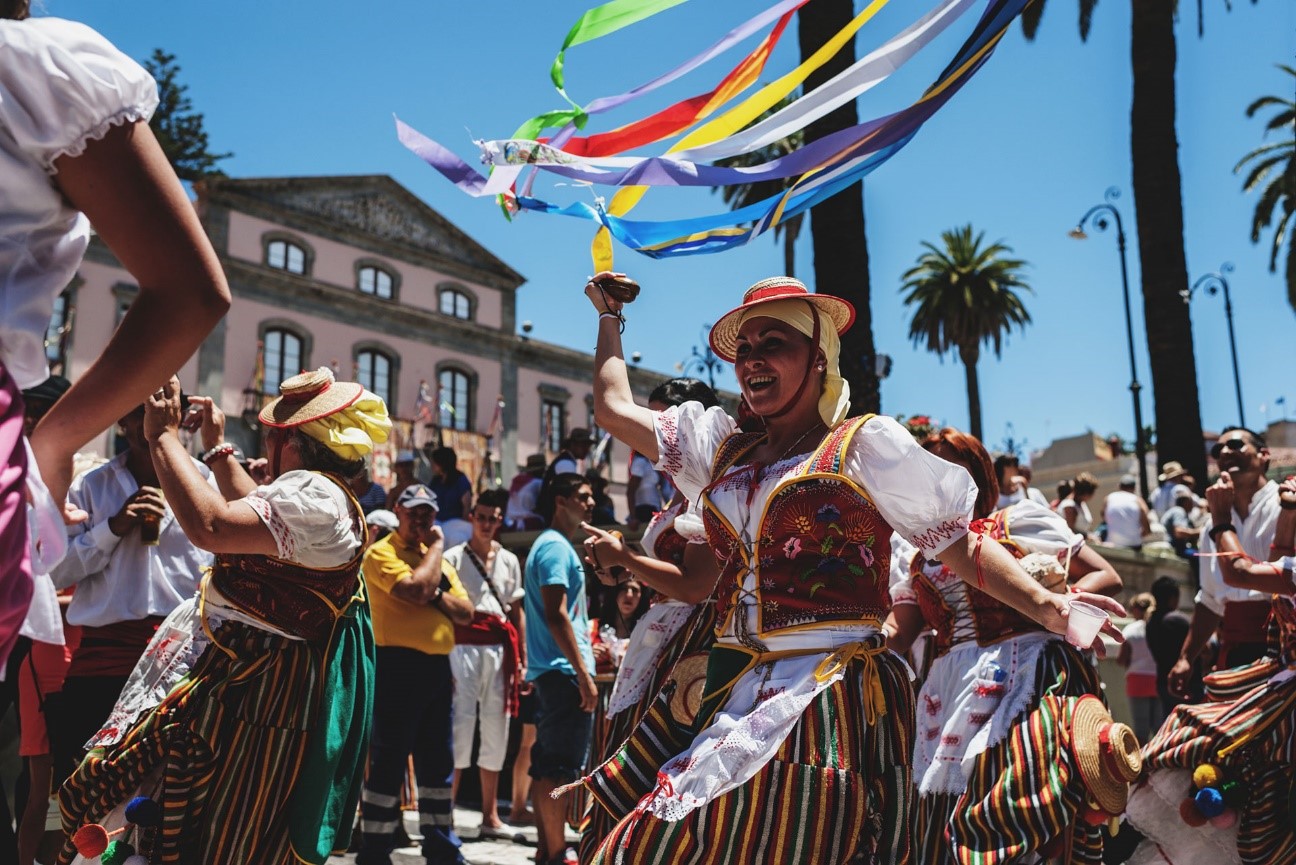 Cheerful people to the sound of music, carts and stalls full of traditional food, colourful hand-woven dresses… No doubt, this is a Romería! 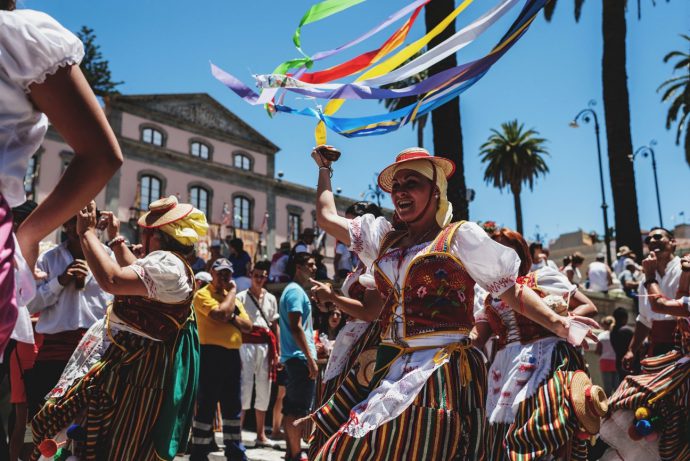 The pilgrimages, in Spanish Romería, of our island are the most traditional expression of joy, celebration and culture. Throughout Tenerife there are alternate celebrations, many of them have been held for decades. Each municipality has its own party, where homage is usually paid to the saint or local patron. This is accompanied by thousands of faithful to the rhythm of chácaras and timples, the traditional instruments of Canarian folklore. 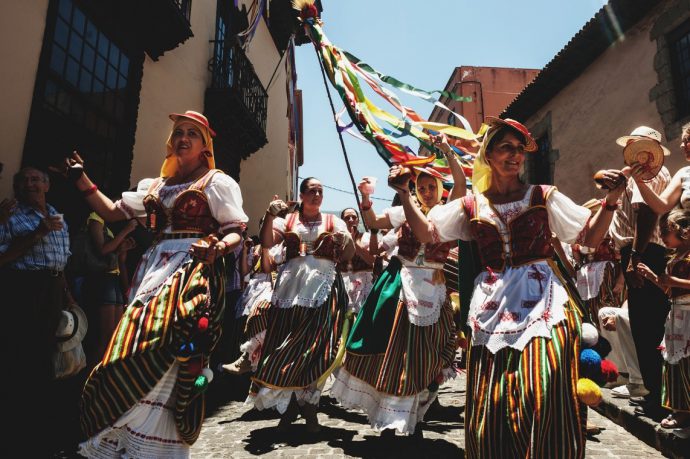 The locals are proud to show their dances, ceremonies and different acts and everyone is invited. Everyone can join in, become part of the pilgrimages, experience the culture and history up close and taste the local cuisine on the Romería.

An opportunity to discover the gastronomy of Tenerife

If you are one of those who like to travel with all your senses, the flavours of Tenerife will not disappoint you. You may have heard of mojo, a traditional mild or spicy sauce that accompanies another great dish of our cuisine: the wrinkled potato. It is also possible that you have heard of gofio or our delicious goat cheeses and honey, essential for pilgrimages.

In any case, it is certain that your palate will love our Romerías. Ox carts, decorated with products and motifs of each place, are filled with delicacies and local wine. When preparing and serving the meat, fish and other dishes people sing joyfully. Well, it’s almost impossible to leave a pilgrimage with an empty stomach! 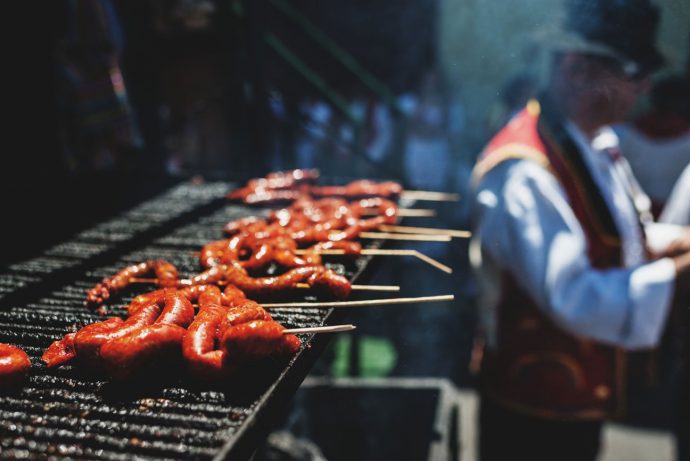 May, a month full of pilgrimages in Tenerife

May and August are usually the months with the most Romerías in Tenerife; especially in the month of May take place a lot of events. Practically there are Romerías throughout the island, with municipalities in the north and south celebrating pilgrimages in honour of various saints, the most common being the festivities in honour of San Isidro and Santa María de la Cabeza.

The House of the Balconies, the Casa de los Balcones, has prepared a calendar (in Spanish in this case) with all the celebrations so that you can plan ahead and immerse yourself in our culture on your arrival to Tenerife. 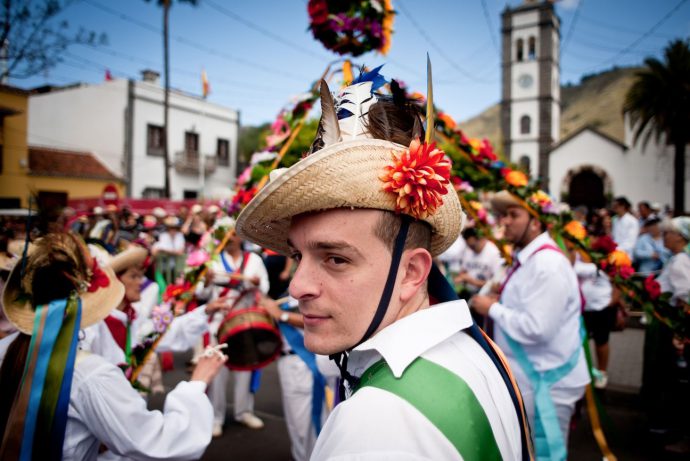 Along with the pilgrimages are usually also celebrated the “Bailes de Magos”, another popular celebration. This festival is also characterised by local gastronomy and Canarian music. The name “mago” refers to the peasants, as they used to be called „magicians“. The farmers came together and formed traditional folklore groups, as they still exist today.

Hundreds of people put on their costumes to dance and celebrate, one of the highlights of the municipal celebrations. If you want to get to know our culture and merge with the locals, the month of May is perfect, but don’t worry, folk festivals take place throughout the whole year. 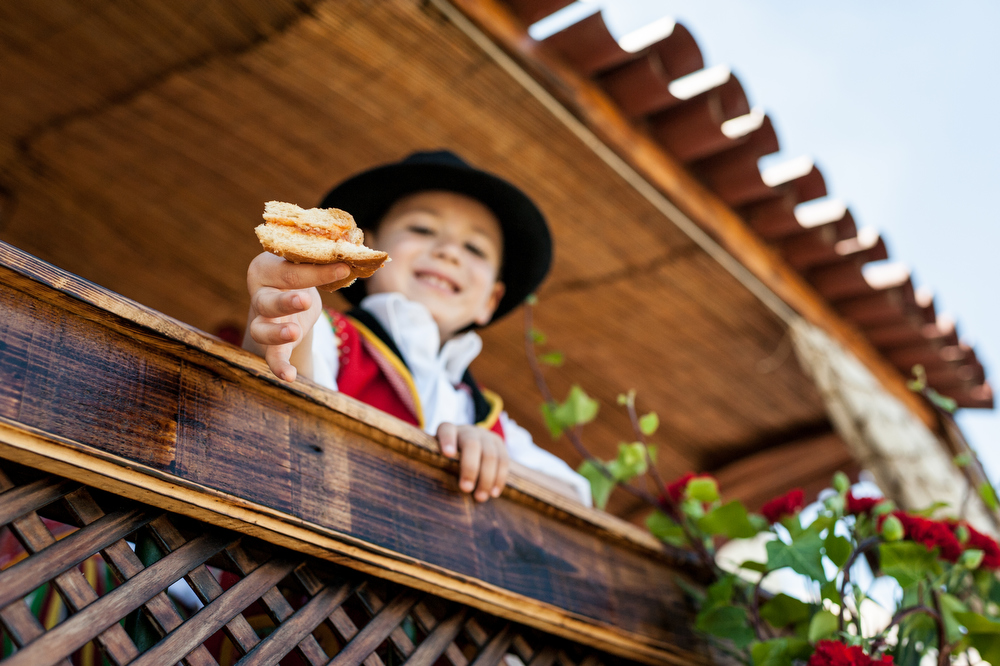 By plane, car, boat and the most authentic one: by our own feet END_OF_DOCUMENT_TOKEN_TO_BE_REPLACED