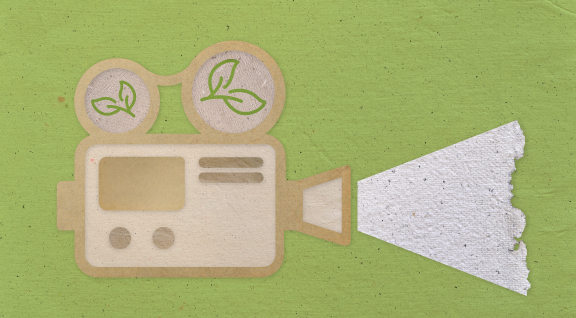 Tenerife Film Commission has drawn up a ten-point guide with recommendations to make shoots on the Island more sustainable. The aim of the document is to be a guideline to make national and international shoots more environment-friendly and it is based on the idea that sustainability involves a balanced economic growth, social inclusion and environment protection. The ten-point guide, available in Spanish, English and German, can be downloaded on tenerifefilm.com/greenshooting

The guide suggests actions to be carried out at the different usual phases of film production, from preproduction to postproduction. So, in the section Responsible Location Scouting, the recommendation is to use as few locations as possible and aim for them to be within a short distance; get the appropriate information on the rules governing them and take into account the effects the shooting may have on the place.

Communication is another section in the ten-point guide, and the aim is to inform of and determine the objectives and measures to be implemented by the different departments regarding sustainability, as well as giving publicity to the experience and the environmental results obtained. The third point in the document, deals with the protection of locations and their surroundings, which involves signposting the areas to be occupied, minimizing noise and light pollution, or encouraging local employment. Finding accommodation near locations, avoiding the use of cars individually, planning the use of shared transport and less polluting or electrical vehicles are some of the good practices included in the ten-point guide regarding transport.

To meet the recommendations in the document, catering should be hired from a company that is close to the location, making sure it encourages buying local and seasonal products and uses bio-degradable or re-usable tableware. Regarding materials, it suggests hiring rather than buying the elements necessary for the shoot, purchasing materials that hold eco-friendly certificates or cutting down on the use of paper and printing.

Avoiding disposable products, encouraging reusing materials and composting organic waste, planning the size and number of rubbish bins or designing a waste management system by reaching agreements with local authorities, are some of the points included in section 7, which is headed Reduce, reuse & recycle

To reduce energy waste, turning lights off when they are not needed, not having electronic devices in stand-by, unplugging chargers after using them or using low-energy light bulbs are some of the suggestions made concerning electric power. Point 9 in the document deals with water and it includes advice on how to avoid individual water bottles, providing reusable bottles and refilling points or establishing measures to reduce water volume in toilet flushes and washbasins.

The ten-point guide ends with an entry called Environmental Monitoring, which includes actions like defining functions regarding sustainability in crews, hiring a professional to carry out the environmental monitoring of the production, designing an environmental monitoring plan, calculating the carbon footprint or compensating the emissions directly or through associations, foundations or local companies.

The Island welcomed 88 productions in 2015, 20 more than the previous year

Last year Tenerife welcomed 88 productions, 10 of which were feature films (two more than in 2014), including “Jason Bourne”, with star Matt Damon in the leading role; and “Project Lazarus”, by Canaries director Mateo Gil. In addition to its qualities as a film location, Tenerife also offers post-production services through its HPC-Teide supercomputer, the second most powerful in Spain which is already being used for animation, as in for example “Capture the flag” last year.

Apart from films, in 2015 there were photo shoots (21), commercials (21) and TV programmes (16), including one of the episodes of the BBC “Dr. Who” series, TV programmes “Masterchef”, “Masterchef Junior” and “Volando Voy” —hosted by popular  presenter Jesús Calleja— or commercials for brands like Adolfo Domínguez, Suzuki, Iberia or Lamborghini.  By country of origin, most production companies were from Germany (24), Spain (22) and the UK (16). Overall, in 2015 there were 525 shooting days and TFC answered a total of 212 requests.

Several productions have chosen to shoot on the Island this year including:

–       “Oro”, by director Agustín Díaz Yanes starring Raúl Arévalo, Óscar Jaenada and José Coronado and the special appearance of Juan Diego. Based on a short story by best-selling author Arturo Pérez-Reverte, it is the story of the expedition of 16th Century Spanish conquerors Lope de Aguirre and Núñez de Balboa who ventured into the Amazon jungle in search of a mythical city that was believed to be built of gold. It is a co-production of Apache Films, Atresmedia Cine, Telefónica Studios and Sony Pictures Spain.