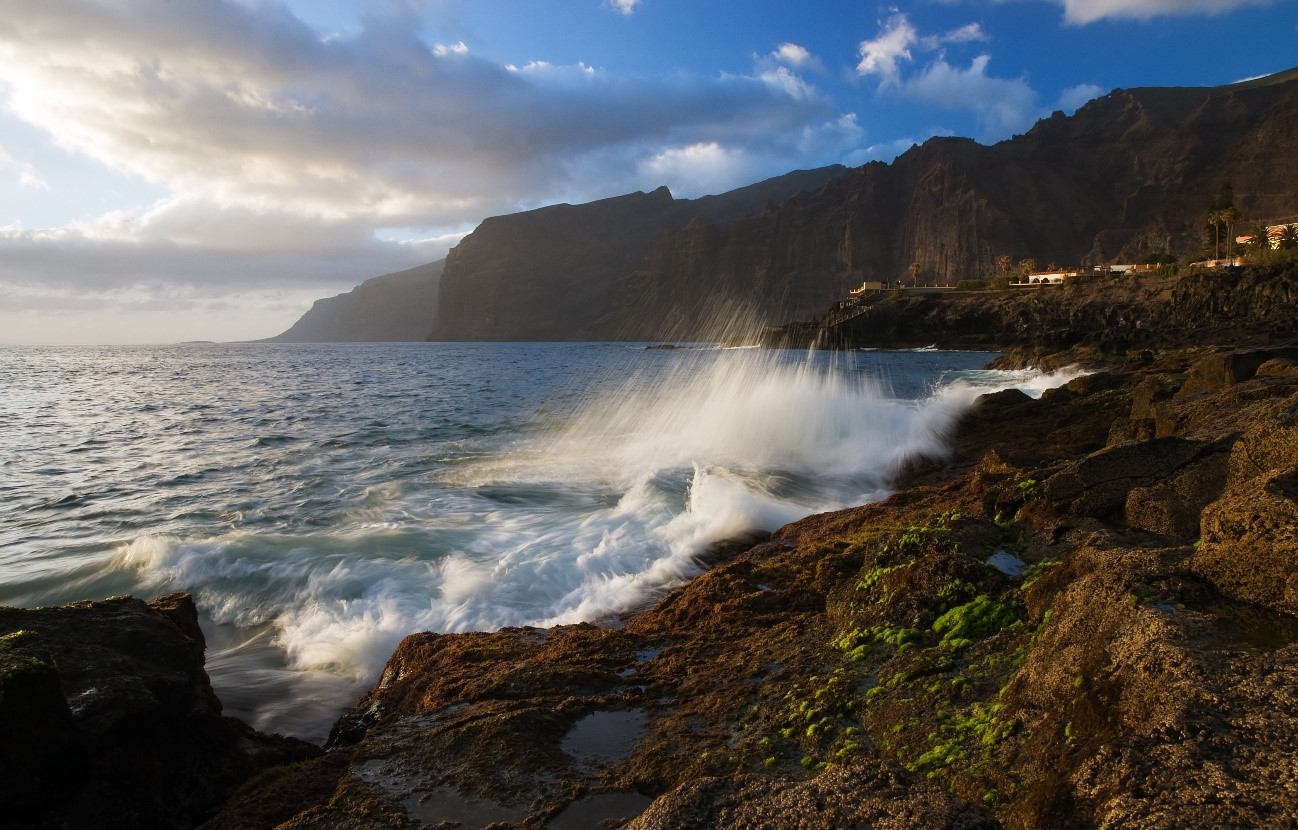 Exploring Los Gigantes 360 degrees is, without a doubt, a fantastic virtual journey. At a glance you can go from the intense blue of the Atlantic Ocean to the white snowy Mount Teide. Join us to discover all the secrets of this corner of Tenerife!

If you look to the right, you will see a small coastal town: Puerto Santiago. It belongs to the municipality of Santiago del Teide and you will find cozy beaches like Playa del Puerto Santiago or Playa de los Guíos, with Los Gigantes in the background.

Strolling through the streets, you can taste the gastronomy of Tenerife, including one of the restaurants with a Michelin star: El Rincón de Juan Carlos. You can also go to the Archipenque lookout point if you would like to have another perspective of the town.

Whales and dolphins swimming in front of you

One of the most beautiful activities in this area of ​​Tenerife is the observation of whales and dolphins. You can make boat trips of different duration to see the graceful cetaceans swimming in their natural habitat. 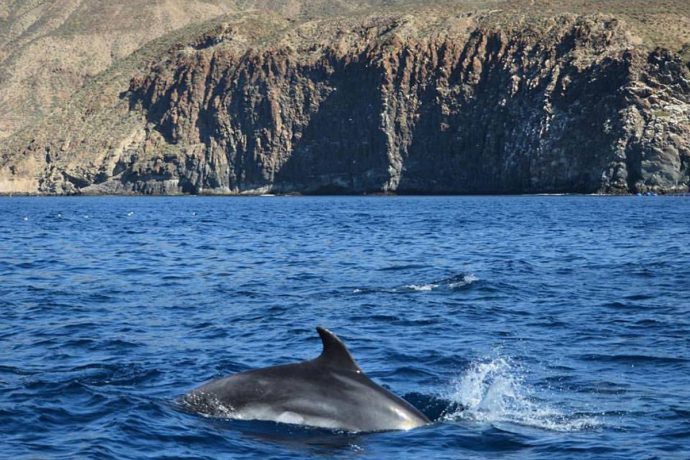 The observation of marine mammals is worthwhile in Tenerife, as they are seen at 80% of the days throughout the year. Depending on the length of the excursion you can even take a little snack on board and take a dip in some remote coves of Los Gigantes. Highly Recommended!

But undoubtedly, the absolute protagonist of this 360-degree image is the steep coast of Los Gigantes. At some points it reaches a height of up to 600 metres and is therefore one of the most impressive natural monuments of Tenerife. 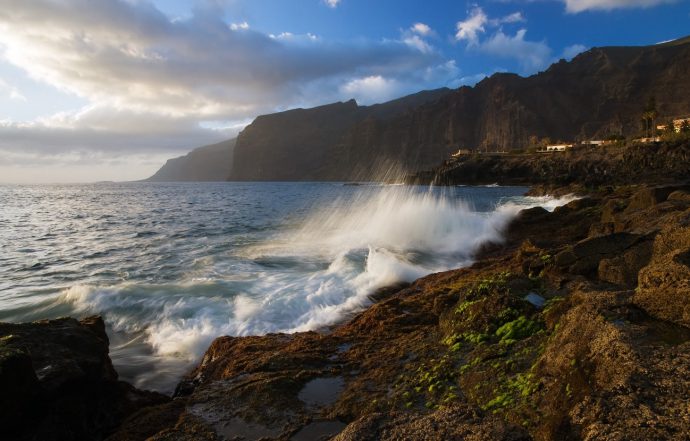 This “geological accident” is of volcanic origin and extends over several kilometres in the municipalities of Santiago del Teide and Buenavista del Norte. In the Guanche era, this natural wonder was called „Wall of Hell” by the ancient inhabitants of Tenerife who believed that the end of the world was behind these cliffs.

Fortunately, we can still admire this gift of nature as much as the Guanches.

The last treasure on this 360-degree image is Punta de Teno, one of the most remote and beautiful corners of Tenerife. 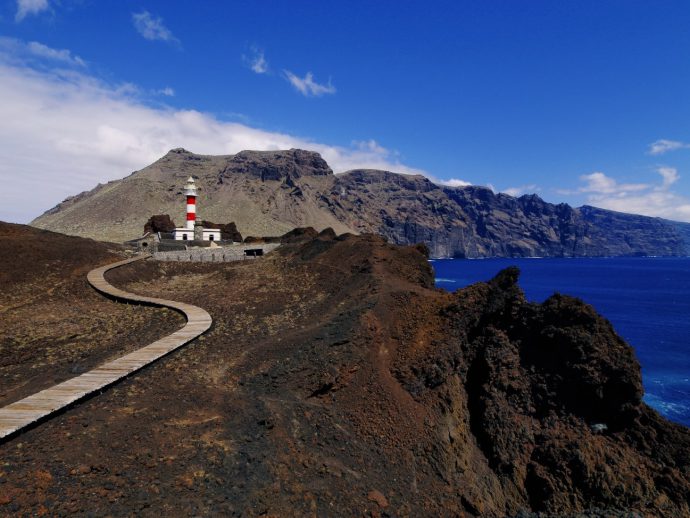 On the left side of the picture is a small plain. This is the beach of Punta de Teno. To protect nature, access is restricted on certain days and Punta de Teno can only be reached by public transport.

Would you like to discover more 360º images and places to explore Tenerife? Follow our blog to be informed of all the news.