The experiences in the Teide National Park can be very different. From challenging hikes that reward you with breathtaking views, to exploring the constellations and galaxies in the night sky.

A trip to El Teide is certainly one of the most important experiences that can be done in Tenerife. There is a lot to see and to discover! After all, the size of the National Park is 18,990 hectares or 26,000 football fields! 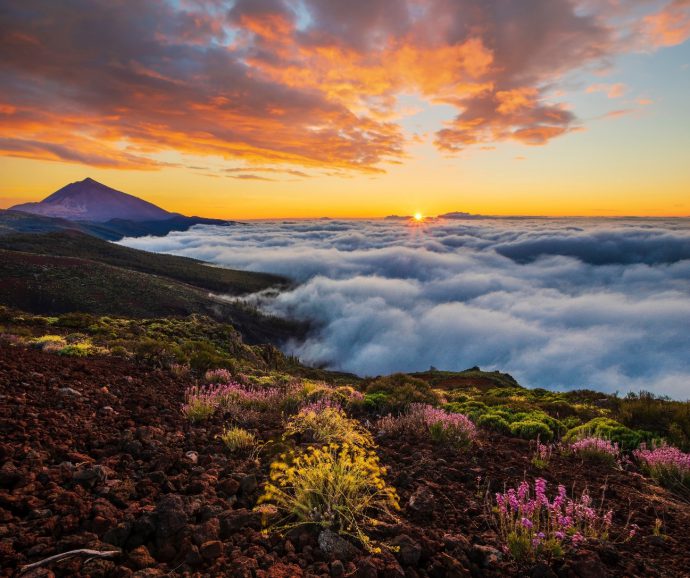 The duration of an excursion is approximately eight and a half hours. Here you will discover volcanic landscapes, typical Canarian villages and some natural monuments of the park while getting to know the geological history of our islands.

Ascent to Pico Teide, the summit of Spain

The ascent to Pico Teide is an experience that you can’t describe in words. You have to live it to really understand what it feels to stand on the summit of Spain, at 3,718 metres, and the third highest volcano in the world, measured from the seafloor.

When you reach the top and raise your gaze, you will see two seas. The first is a sea of ​​fluffy clouds rocked by the trade winds, the second is the vast Atlantic Ocean with its intense blue.

In favorable weather conditions you can also see the silhouette of the rest of the islands that are closest to Tenerife: La Gomera, El Hierro, La Palma and Gran Canaria. An immaterial experience that you will surely keep in your heart and memory.

Stars of El Teide – close to the galaxy

Stargazing on El Teide is undoubtedly a galactic experience. The Teide Observatory is the world’s largest solar observatory with instruments and telescopes from various nations and international institutions. 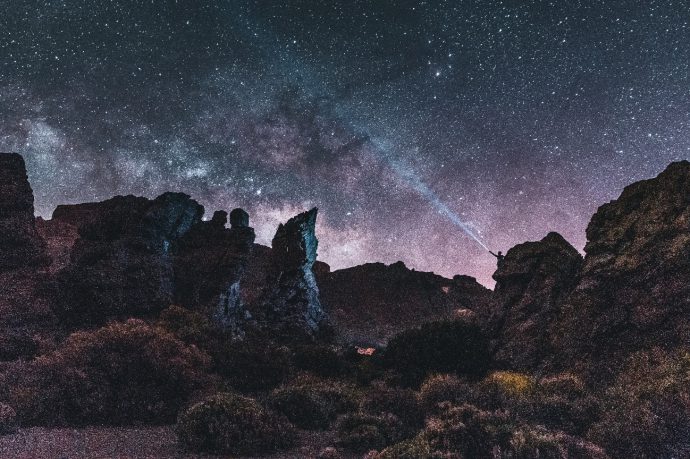 After visiting the facilities you can wait for the sunset to finally see the stars. Depending on the night you will see stars and radiant galaxies or a bright moon full of craters, landforms and mountains… As you’ve never seen it before!

Did you know that you can also find the mountains Tenerife, Pico and the crater Piazzi Smyth on the moon? The latter was named in honour of the Scottish astronomer, who wrote “Tenerife: The Experiences of an Astronomer” and whose studies made a great contribution to the scientific interest on the island.

Trails in the Teide National Park – paths between volcanoes and rocks

Walking at more than 2,000 metres can be a challenge. Mount Teide offers several routes that lead from the difficult paths to the summit or the refuge of Altavista (although you can always take the cable car as an alternative) to the trails that pass through the natural heritage of the National Park such as the Roques de García or the Cathedral of the Teide.

No matter which route you choose, always remember to bring water or isotonic drinks in your backpack, and stop occasionally to rest and recharge batteries. Also wear warm clothes, regardless of the season in which you make the trip, as the temperature can change at that altitude and then it gets very cold.

Precisely this is what makes Tenerife unique. You can sunbathe on the beach, then put on your coat and be in a few hours above the clouds. Do you want to discover it?