You have already decided to explore the galaxy from our island. Now you may wonder what exactly you will need to observe stars in Tenerife. In this article we summarise everything you need to become a true galactic hunter.

What do I need for stargazing in Tenerife?

Depending on the experience you would like to gain, you may need either basic or professional equipment. With a few simple binoculars (with tripod is better, although it is not necessary) you can clearly observe the night sky. If you want a more immersive experience, you can also use a telescope and shelp you from a celestial map to look for the constellations seen from Tenerife. 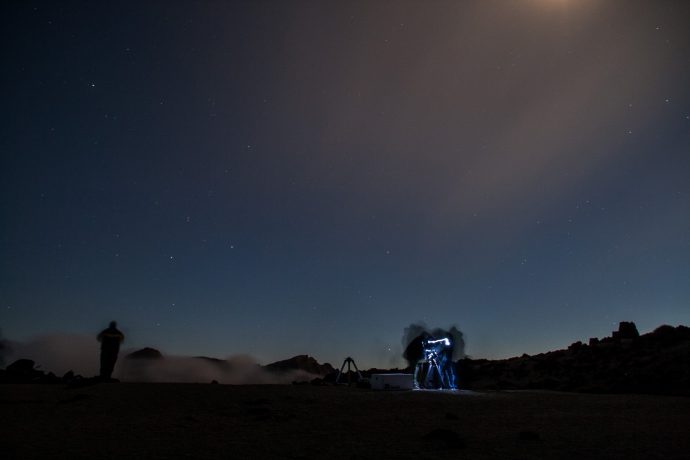 Keep in mind that nocturnal observation generally takes place in places with higher altitudes such as the Teide National Park. Take a coat or a jacket and a thermos with a hot drink with you. You can also bring a smartphone or laptop with you to seek information on the one hand and get enough light on the other hand to walk safely in the dark. Talking about darkness, for stargazing you need the maximum possible darkness.

If you have no equipment, no problem. There are several companies that rent equipment or organise activities so you can enjoy the night sky without worries. 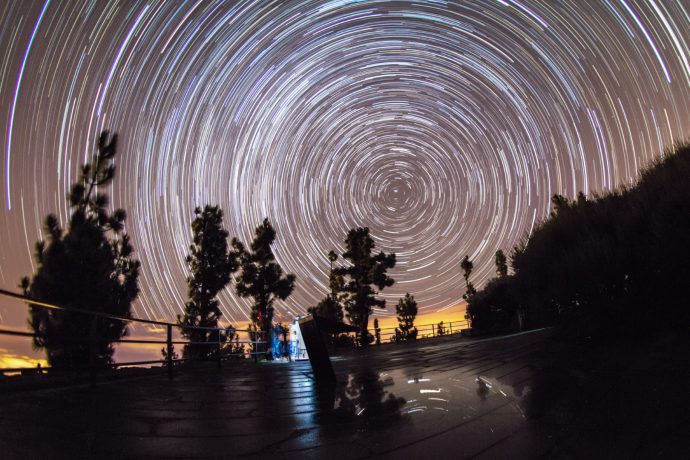 Are permissions necessary to observe stars in Tenerife?

If the area where you are going to observe stars is protected or belongs to a protected natural environment you should consult before if permits are necessary. If you have any doubts, the best idea is to contact a specialised company.

When do stargazing in Tenerife?

Tenerife has various certifications such as starlight destination and starlight reserve, recognising sites such as Teide or the summits of Tenerife as ideal places for stargazing. This proves the quality of the island’s skies, as well as the infrastructure to enjoy it.

In addition, the mild climate of the island and the high number of observation hours make the island an ideal destination for astronomy enthusiasts all year round. 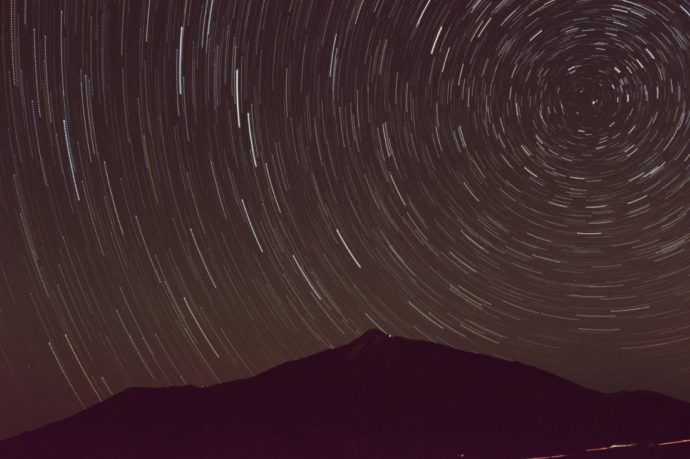 When to watch the star showers in Tenerife?

One of the main astronomical events that can be observed from the earth are the well-known star showers. Fortunately, in Tenerife we ​​can enjoy many of them like the Quadrantids, Perseids, Leonids or Geminids. It is also possible to see other phenomena such as the eclipses of the moon and the sun, as well as the passage of the International Space Station.

If you are in Tenerife next August 12th, 2019 or December 14th, 2019, do not miss the Perseids and Geminids. If you are not on the island, do not worry, you can follow the live broadcast from the Teide National Park.

When it comes to observing stars, it is important to take into account some basic considerations so that your experience is as complete as possible. 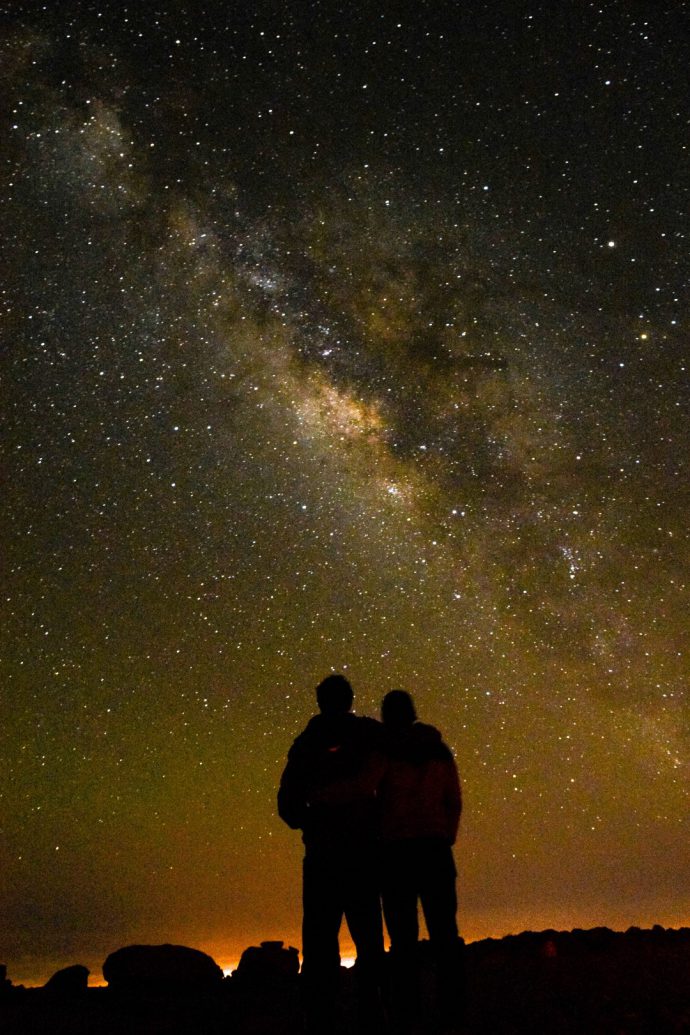 The first logical recommendation is to move away from any important source of light, such as cities or major roads. It is also advisable to avoid full moon nights, as they can hinder you with their own light.

The human being needs a time of adaptation to the darkness of between 15 and 30 minutes approximately, so if you carry a flashlight or some other light source try to cover it with a red band to reduce the intensity of it. Use it only to read stellar maps or at certain moments to avoid possible glare and wait a quarter of an hour for the eye to adapt again to the darkness.

Now you have everything you need to be a true star hunter! It’s time to take the step and visit Tenerife.