Tenerife is one of the best places in the world to watch whales and dolphins, as there are permanent colonies of bottlenose dolphins and short-finned pilot whales near the island 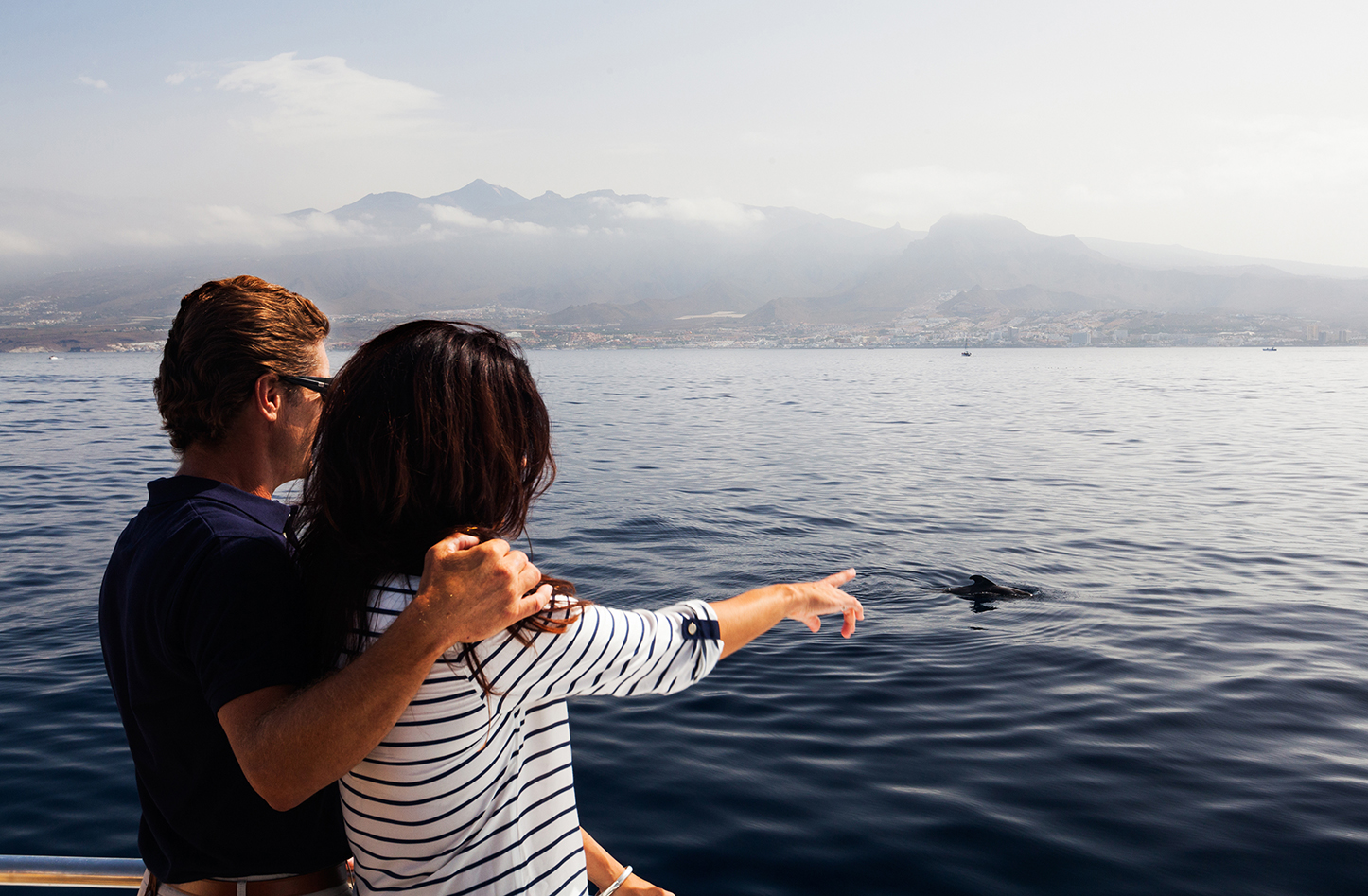 There are some things that you shouldn’t miss when you come to Tenerife. The island is one of the best places to go dolphin and whale watching, as there are 21 of the 79 species in the world living here. The permanent colonies of 500 short-finned pilot whales and 250 bottlenose dolphins are especially interesting. They are playful and very easy to spot. They can usually be seen in the stretch of water between the southern coast of Tenerife and La Gomera, about three miles off the coast.

Tourists love whale watching – it’s the third most popular activity when they come to Tenerife. And it comes as no surprise because the island’s conditions are almost unique in the world. With a spring-like temperature all year round, going on a trip to spot dolphins and short-finned pilot whales is an amazing experience that can be enjoyed any time of the year. There are lots of companies in Tenerife that organise trips to see these creatures in the wild. The boats set off from the ports of Los Cristianos, Puerto Colón and Los Gigantes, and there are options for all travellers – from short two-hour trips to longer voyages (up to five hours) that include food on board and a refreshing dip in the ocean.

You can find up to 21 different species in these waters off the coast of Tenerife, including giant blue whales and orcas. If you want to tell them apart you need to look carefully at the differences between them, like the size of the fins, their heads and even their behaviour. You can find out more about them here: http://www.webtenerife.co.uk/what-to-do/nature/whale-and-dolphin-watching/especies.htm

You are almost guaranteed a view of bottlenose dolphins and short-finned pilot whales on one of these trips. The former are the best-known dolphin species. They are 2.5 – 2.7 metres long, although older dolphins can grow to 3 metres. They usually swim in groups of 10-30 and you’ll recognise them because they are grey.

Short-finned pilot whales belong to the Delphinidae family. Why are they called whales, then? Because of their size – they can grow to well over 5 metres long. They weigh between one and two tonnes.  They are also very easy to spot on a whale watching trip.