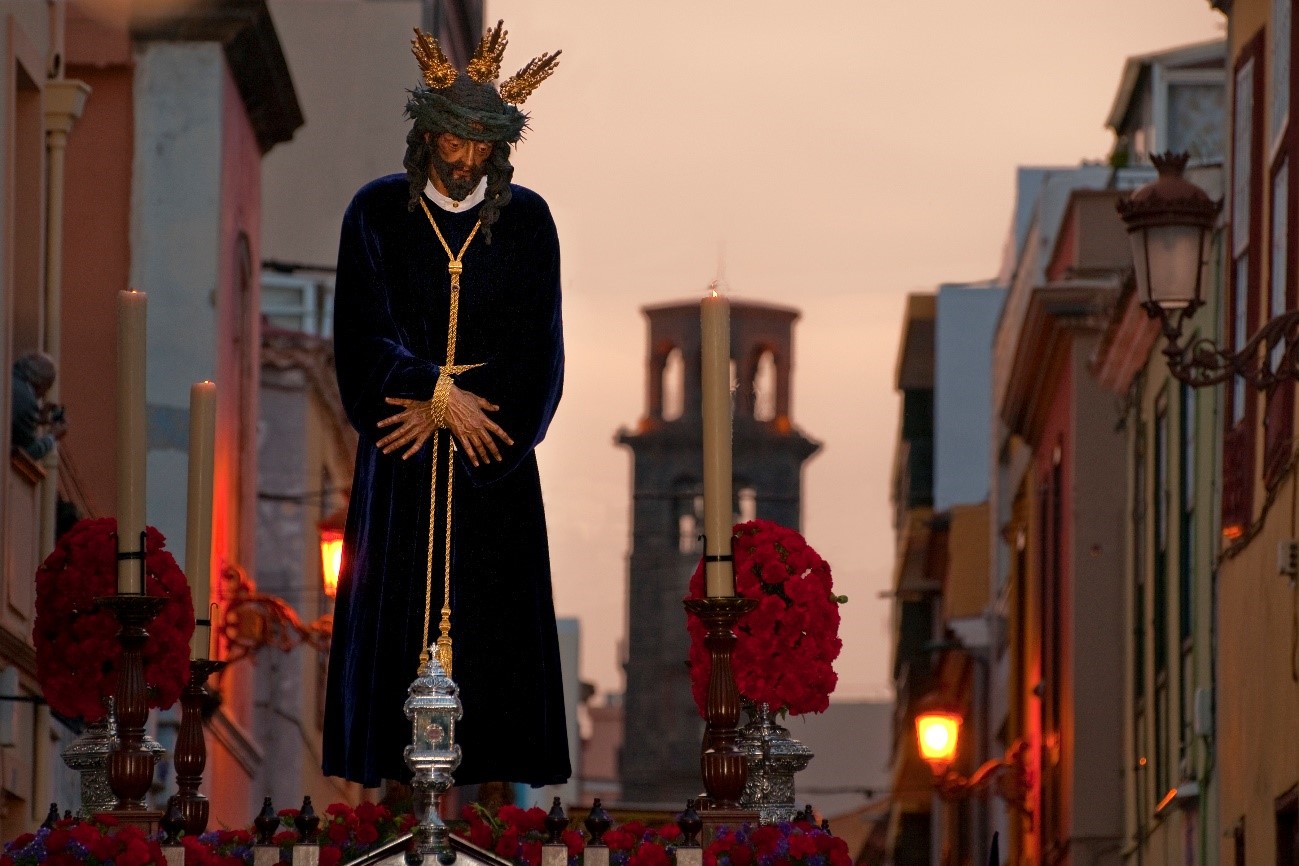 The Holy Week in Tenerife is lived with great devotion. Many municipalities of the island come together to celebrate the ecclesiastical tradition with different events. It is an ideal time to get to know the history and processions of the island. 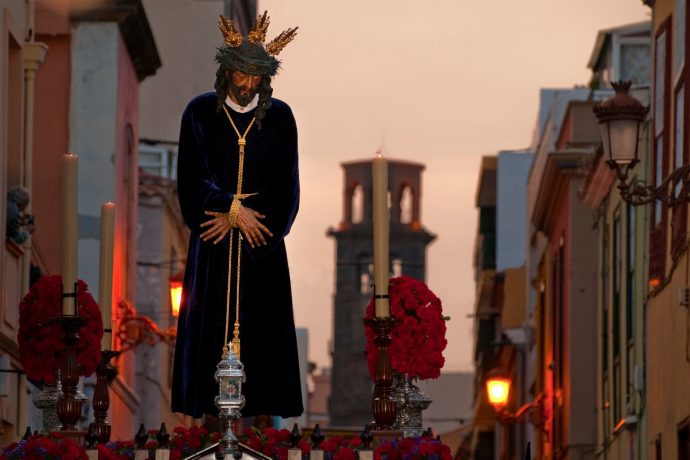 In San Cristobal de La Laguna Lent is lived with special devotion. Not in vain, this year is the second centenary of the local diocese. Neighbors and brotherhoods come together during the festivities to make the World Heritage City shine in the best light in each procession.

The richness and diversity of works and images from places as diverse as Cuba, Mexico, Flanders or Seville stand out especially in the Holy Week of La Laguna. The so-called “Procession of Silence”, which will take place on Friday, the 19th, from 10:00 pm, is one of the most important events. It is performed at night, in absolute silence, you only be able to hear the walk of the Nazarenes who accompany the image of the deceased Christ. 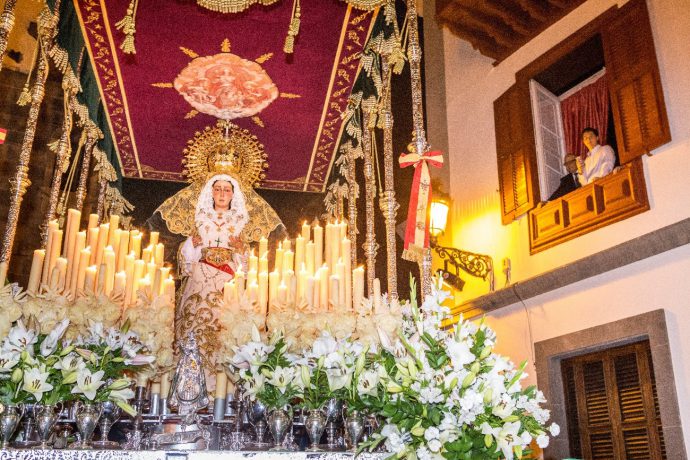 The capital of the island also hosts many events during Holy Week. The centre of the festival is the Church of Matrix de la Concepción, the main Catholic church of the city and the place from which most of the old town can be reached.

One of the most revered figures is “La Macarena”, which was created after the image of its namesake from Seville and was carved by a sculptor from Granada living in Tenerife. On the night of Maundy Thursday, as they leave the church, the bearers rock the figure to the beat of the music. It is one of the most emotional moments of the celebrations. 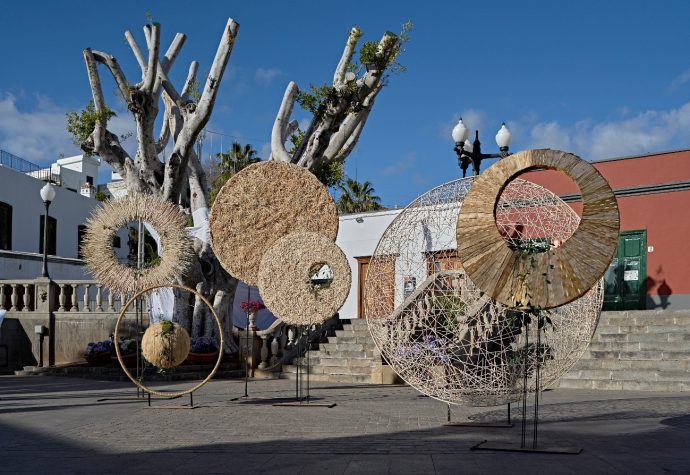 In Guía de Isora they live the tradition in a very original way. The “Pascua Florida” is a unique ephemeral art event in Spain that brings together local and international artists to create beautiful works and sculptures. They are inspired by passion scenes and use flowers and plant material as the main motif of their works.

The works exhibited on the main squares and streets of the old town can be visited from April 18th to 21st. You can also enjoy opera, contemporary dance and even take part in a photo contest that will reward the best photograph of Easter.

Representation of Easter in Adeje 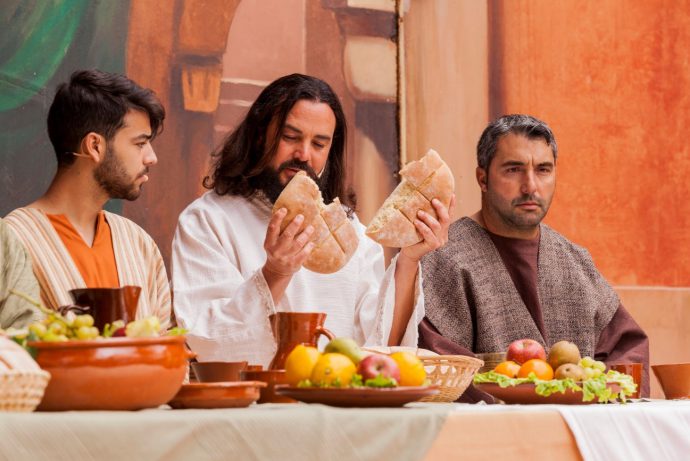 In the municipality of Adeje takes place one of the most characteristic performances of the Holy Week, broadcast even by local and national television. This tradition began spontaneously in 1996 as a small homage, where neighbors collaborated.

Over time, it has grown to bring together hundreds of actors and extras, many of them are residents of the municipality. The performed scenes are part of the last moments of the life of Jesus Christ, the crucifixion on the square of the Church of Santa Úrsula is the most emotional moment.

The performance will take place on Friday, April 19th, at 12:00 pm at Calle Grande de Adeje.

Holy Week in other municipalities in Tenerife

Many other municipalities on the island also celebrate the Holy Week. In Santiago del Teide, one of the places in the south, this tradition is also more deeply rooted. In the municipalities such as Arona, Puerto de la Cruz, Candelaria, Guimar, Icod de los Vinos or La Orotava it is also celebrated with special devotion.

If you are in Tenerife during Holy Week to get to know the culture, remember all the family activities or the new adventures that you can be booked right here. We look forward to seeing you!