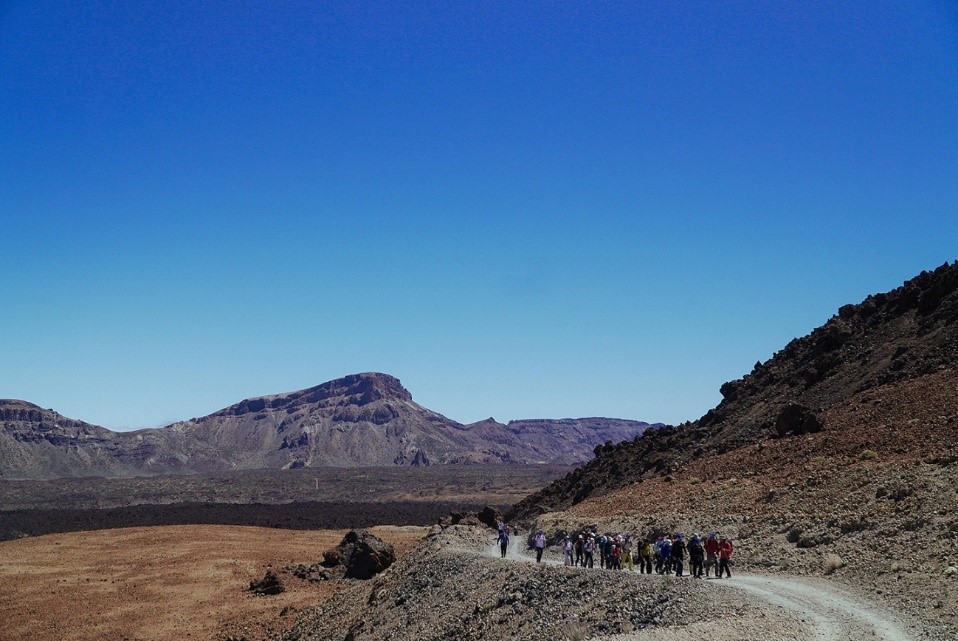 Hiking in Tenerife is an activity that generates more and more interest among our travellers and visitors. The Tenerife Walking Festival, the great hiking event of our island, takes place for the fifth time this year; five years full of anecdotes, stories, landscapes, legends, gastronomy, culture… Are you going to miss it?

Green, volcanic and coastal paths at the Tenerife Walking Festival 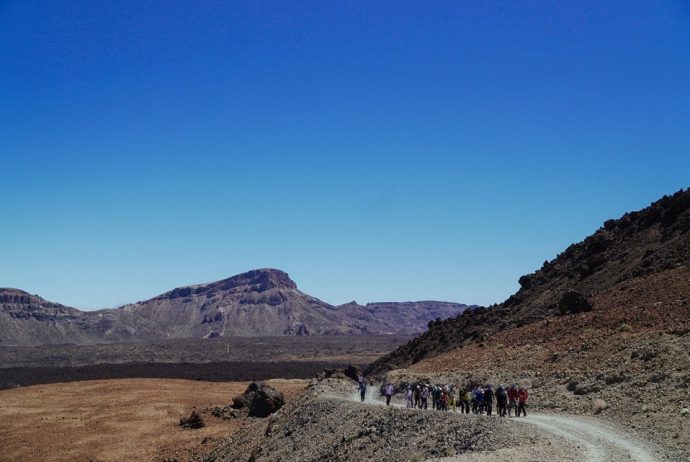 The trails of the Tenerife Walking Festival are as varied and colourful as the island itself. From the intense blue of the Atlantic to the reddish Martian landscapes of the Teide National Park, you will walk through thousand-year-old forests, historical volcanoes and along beautiful coastlines.

Caressed by the trade winds and rocked by a sea of ​​clouds, the forests of the north face of Tenerife immerse you in an enchanting green mountain world. Canary pines and laurel trees open the way to rural and endemic landscapes, each with its own history and culture. 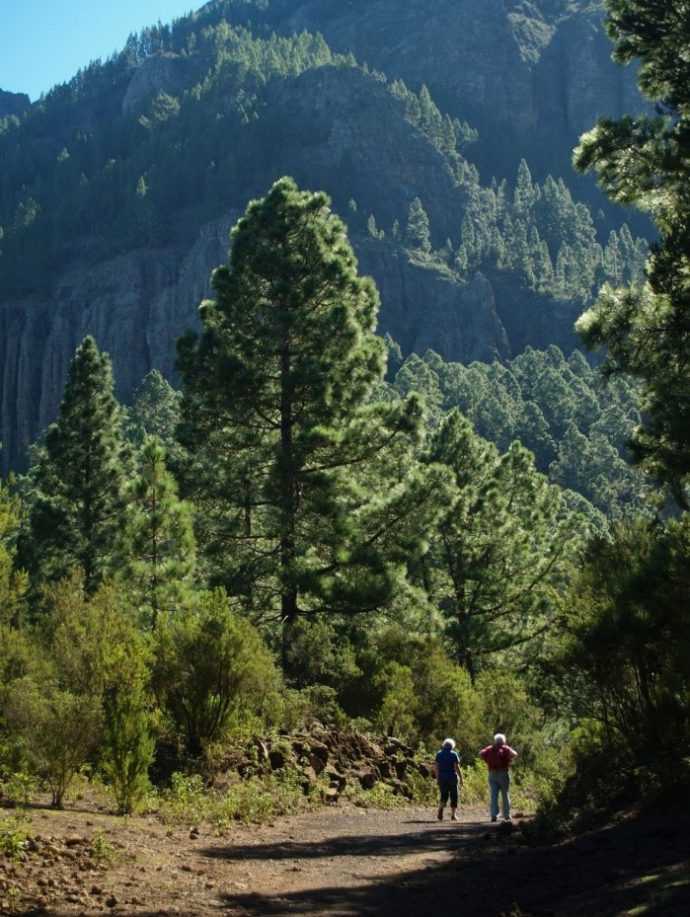 New this year is the route El Palmar – Talavera – Los Silos. In the extreme northwest of Tenerife, five hours of hiking await you between farmland, tabaibas, heather and other native plants. You will discover what makes the Teno Rural Park unique and you will also explore one of Tenerife’s little treasures, the Isla Baja.

Tenerife is an island that was slowly born from volcanoes. It took millions of years to create this jewel in the middle of the Atlantic. Mount Teide is our landmark, but not the only volcanic landscape in Tenerife. 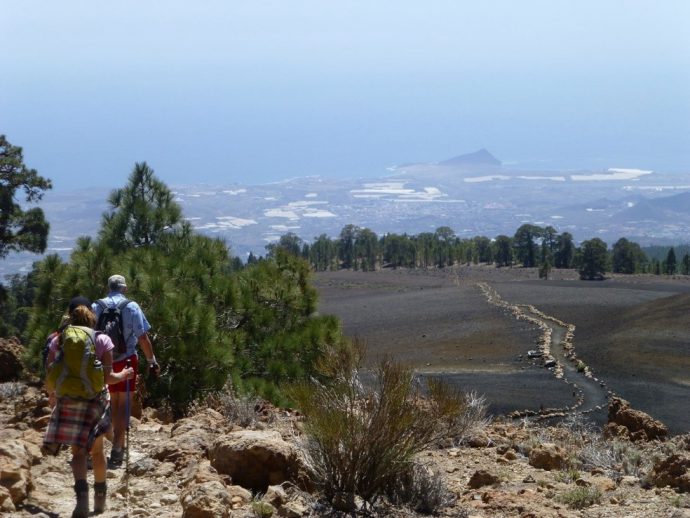 At the Tenerife Walking Festival 2019 you can discover many volcanic landscapes; up to seven routes are offered at the event. Of course, El Teide is the big protagonist, although you can choose famous places such as Punta de Teno or Masca. On these routes you will learn all about the volcanic history of Tenerife.

The fact of being surrounded by the sea, means that many trails pass along the coast. Whether gigantic cliffs or curious rock formations, both the north coast and the south coast of Tenerife hide treasures that are worth to be discovered. 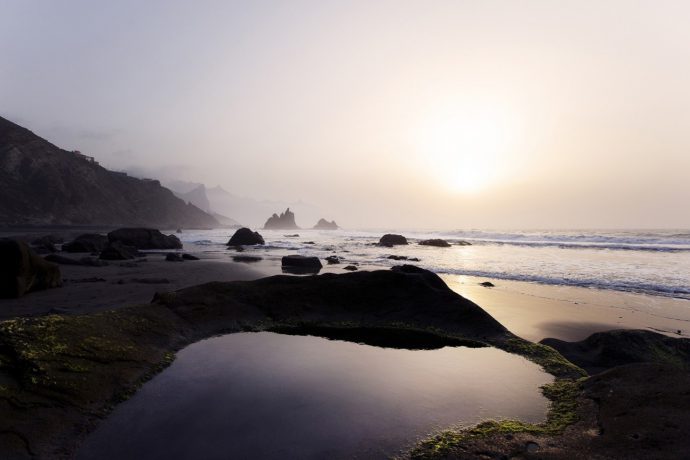 One of these treasures is definitely Benijo, the star of the festival’s coastal routes. It is a small beach, barely 300 metres long, but it is one of the most photographed beaches in Tenerife. The sunsets here are spectacular and together with the characteristic rocks it is one of the most beautiful places on the island to take pictures.

Although Benijo is just the beginning of the adventure! You will hike through the most exciting areas of the Anaga Mountains and ascend to Cruz del Draguillo. Finally, you will reach Roque Bermejo, a hidden beach reached by the narrow paths.

Although the Tenerife Walking Festival is mainly made up of hiking and nature, we tell you, that’s not all. During the hikes you will also get to know the nature and culture of the islands. For instance, you’ll be able to experience live the “Salto del Pastor“, an ancient technique still used by the goatherds of the island to move around on difficult and steep terrain. 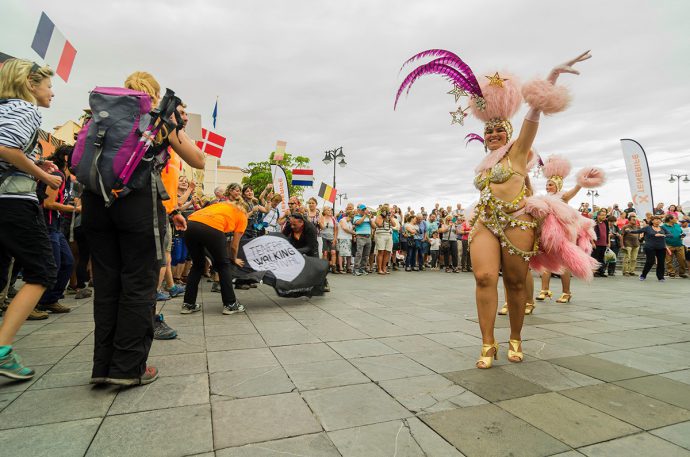 The activities include also the welcome and farewell parties. In particular, the closing ceremony is usually a very emotional moment where all hikers of all participating nationalities make a parade through Puerto de la Cruz, additionally live music and gastronomic specialties are offered to finish farewell to the five intense days of adventures.

Are you ready to take part in this adventure?