Golfers holidaying on the island have now a tool that will allow them to enjoy their favorite sport even more. Tenerife Government, through Tenerife Tourism and its brand Tenerife Golf, have just launched the application in Golf in Tenerife-Tenerife Golf Guide, the most comprehensive guide to golf courses and hotel partners on the island created so far for Apple devices and Android.

The guide is in English and can be downloaded free for iPhone and iPad at the Apple Store and Google Play for tablets and smartphones with Android system. Created by Tenerife company Tosal Creative Projects, it features a selection of member hotels of Tenerife Golf brand, a list that will be expanded gradually. 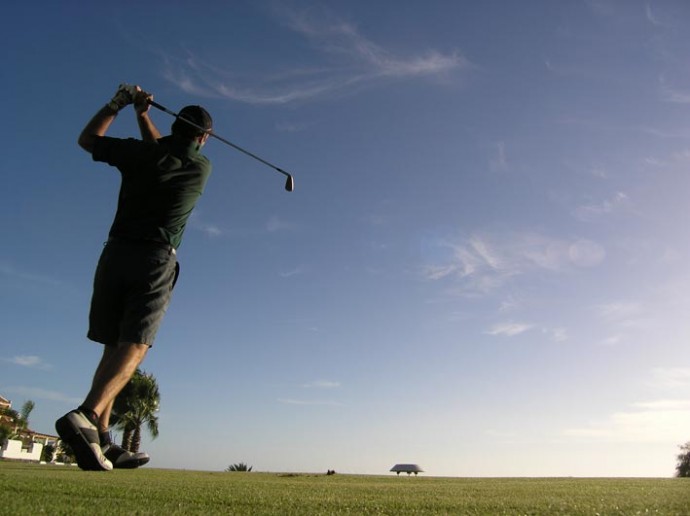 Golf in Tenerife-Tenerife Golf Guide provides information on services that may be of interest to golfers, such as weather, transport companies and local golf stores. Each page of the guide provides contact details of all golf courses in Tenerife and La Gomera: their web and email, field map, game cards, image gallery and strategic advice on playing the most outstanding holes on each course. It also lets you connect directly to the golf course and hotel webs to make reservations plus it displays the GPS coordinates associated with Google Maps to make transfers easier to different courses and back to the hotel.

The platform has been developed with the idea of providing quality and distinction to the holiday sector and specifically to promoting golf tourism in Tenerife to differentiate the island from competitors, give prestige and enhance the destination’s reputation. Tenerife Golf Guide aims to respond to the demands detected in a study of golf tourism in Tenerife and the magnificent potential of this market sector for the future of the island, which receives nearly 200,000 golf tourists a year.

Thanks to the excellent weather and great facilities, Tenerife is a unique destination in Europe to play golf 365 days a year. Good year on year figures for tourist arrivals of golfers to the island confirm that the brand Tenerife Golf is one of the most attractive, as Tenerife has become the favorite in the Canary Islands for European players.