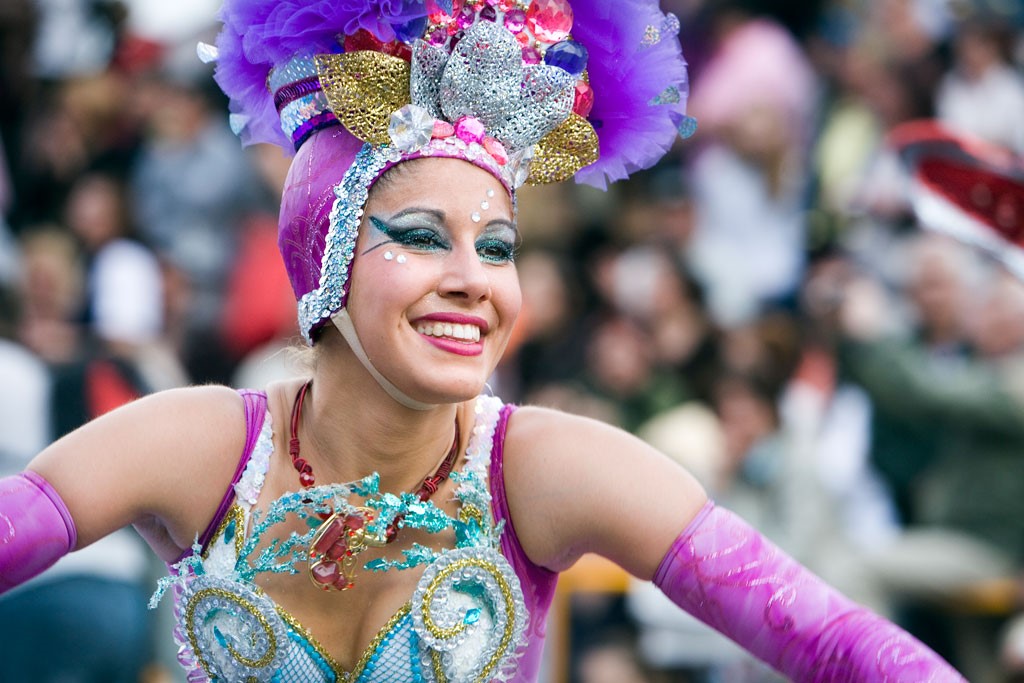 Drums sound nearby, the rhythm takes over you and the streets fill with colours, people gather, laugh and have fun with a multitude of colorful costumes… No doubt! This is the carnival in Tenerife! 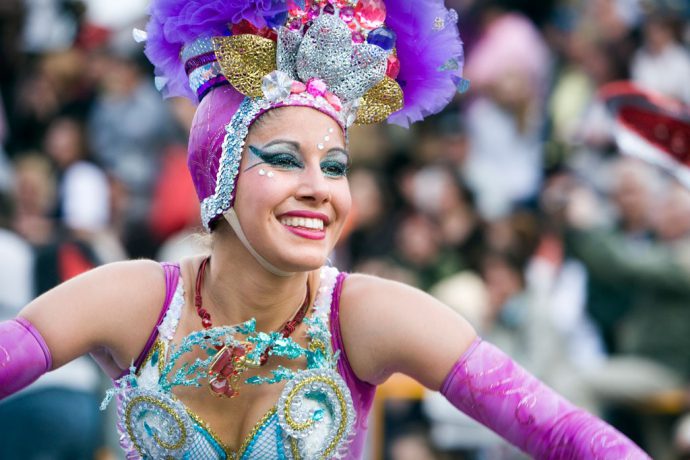 The first city to start the celebrations is Santa Cruz de Tenerife. Thousands of people come together to live one of the biggest festivals of the year. Fantasy is the theme of this year’s carnival – so fairies, goblins and wizards are the stars of 2018.

The carnival poster titled “The Guardian of the Scepter”, painted by Nareme Mahugo Melian, pays homage to another historical painter of carnival posters, Juan Galarza.

Here you’ll find the carnival programme and we explain briefly what you shouldn’t miss at the carnival in Santa Cruz:

The so-called “murgas” (carnival groups) have already been elected these days, as well as the carnival queens, both children and seniors. These events were held in the city’s exhibition centre (with tickets only). The carnival on the streets always takes place after the election of the Carnival Queen. 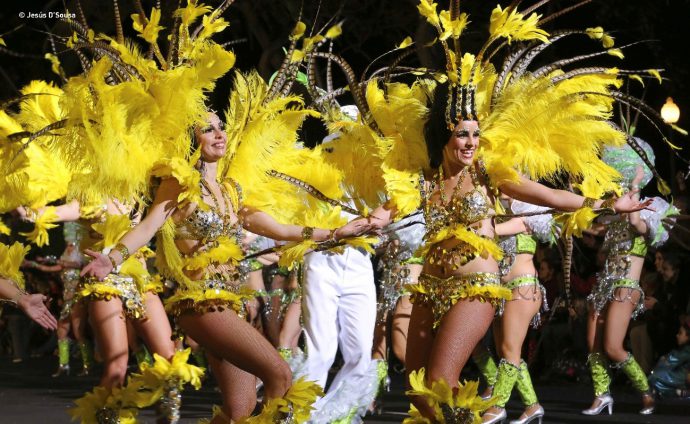 On Friday, February 9th, the carnival’s opening parade will begin with the amazing costumes of the Queens, their entourage and the carnival clubs that roam the city’s main streets.

On the same Friday, the Carnival Nights, which take place until Saturday, the 17th (with the exception of Thursday, the 15th). There will be different stages with live acts at the squares Plaza de la Candelaria, Plaza Principe and Avenida Francisco La Roche. 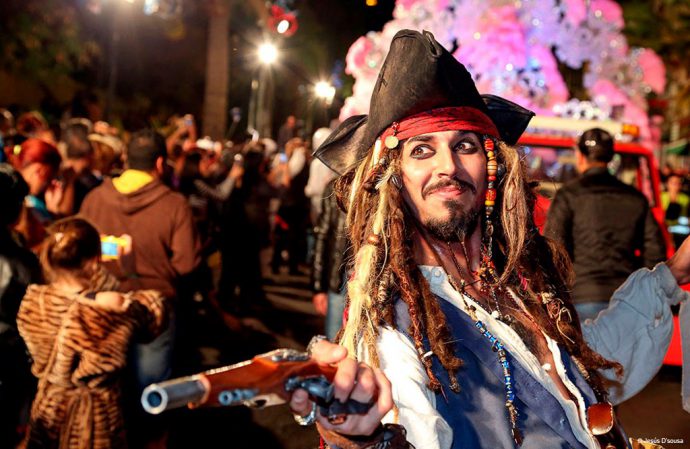 Sebastian Yatra is one of the favoured singers at this year’s “Night Carnival”. He will perform his Latin rhythms on Monday,February 12th at 01:50 a.m. at the Plaza de la Candelaria. After that it stays rhythmic until the morning with Edwin Rivera and the salsa-orchestra Sabrosa.

The Day Carnival will take place on February 11th and 17th. On Saturday, February 17th, there will be various musical performances by famous artists such as Olga Tañon, Juan Magan and Gente de Zona at the Avenida Francisco La Roche, from 4:00 to 10:00 p.m.