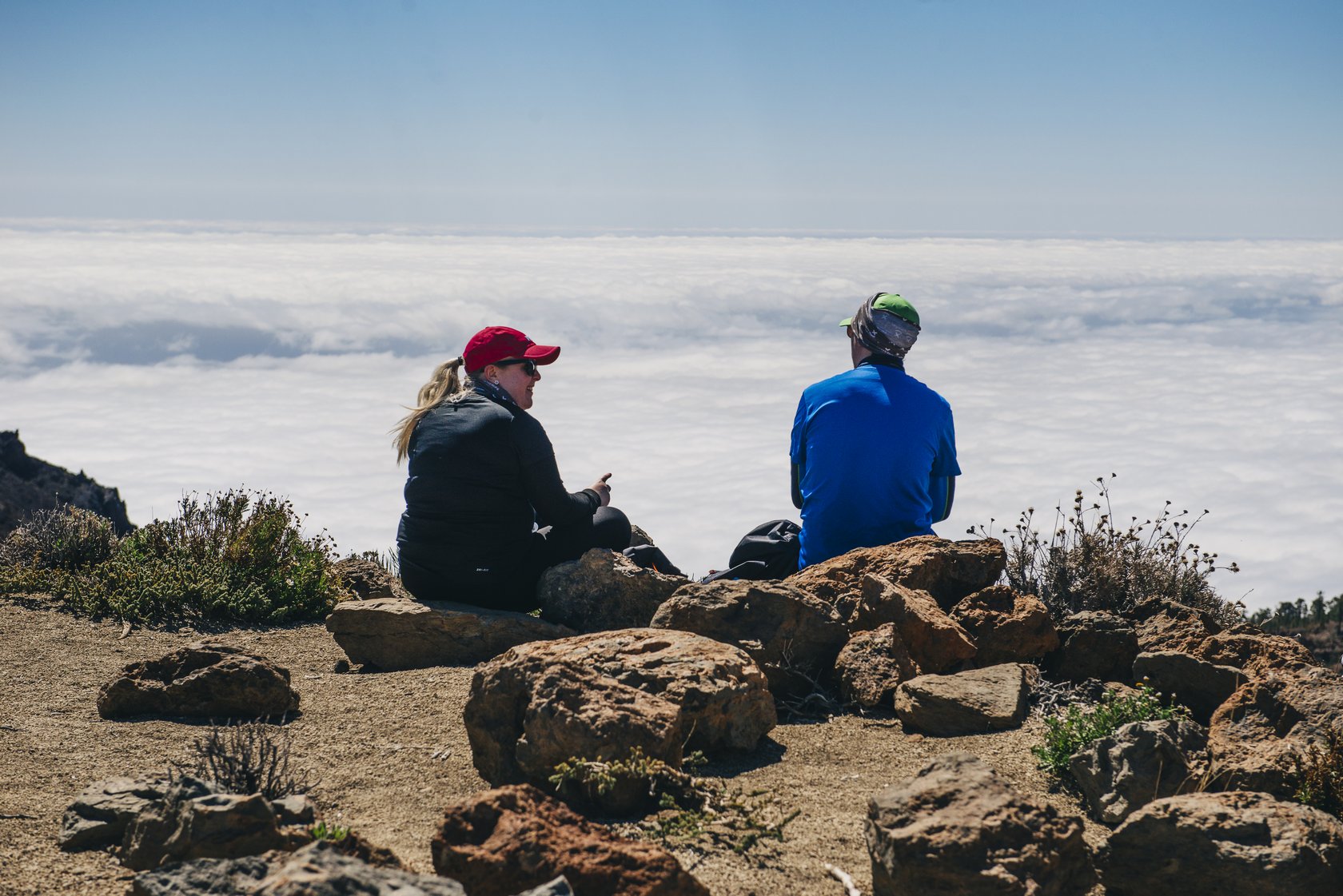 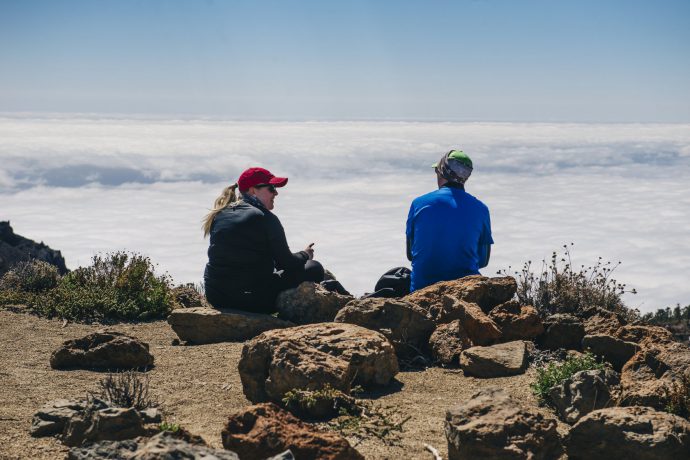 Explore Tenerife’s best hiking trails: along the coast, through forests and volcanic landscapes. This is how we could define the Tenerife Walking Festival 2018, one of the most important hiking events in Europe. From May, 22nd to 26th, hikers from all over the continent will meet in Tenerife to share an extraordinary experience: stunning trails, authentic gastronomy and unique culture.

The natural diversity of the island creates so many different facets, from volcanic landscapes to coastal paths in just a few kilometres. This allows a big variety of walking routes at the Tenerife Walking Festival 2018, with up to 22 options available.

Tenerife is a window open to the Atlantic. That is why many of the island’s trails run parallel to the sea, highlighting especially the spectacular sunsets overlooking the ocean and other islands. At the Tenerife Walking Festival 2018 you can enjoy one of the most magical beaches of the Canary Islands, Playa Benijo, or explore the colourful contrasts of Malpaís de Güímar.

The volcanic routes of Tenerife seem taken from another planet. Not in vain, in the Mount Teide National Park was filmed the second part of “Clash of the Titans”. Even several “rover” vehicles have been tested here because of the similarity of the ground with that of the lunar surface. You also have the option of doing night trails and the universe itself guides you by illuminating your path to you capture unforgettable memories. 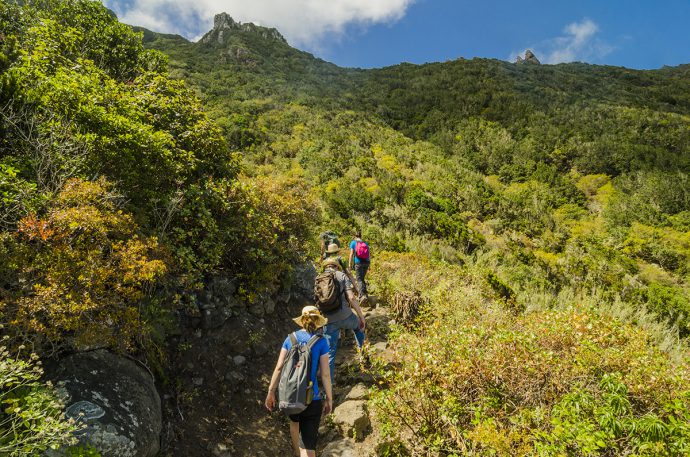 Dense trees and bushes form a green paradise where nature breathes and the senses awaken. Whether you are crossing the forest of Agua García or immersing yourself in the magical wetlands of Anaga, you will breathe the fresh air and relax in nature.

One more year Puerto de la Cruz will be the meeting and starting point of our festival. Its pleasant temperature and its proximity to the sea, makes it the ideal place to share anecdotes and travelling stories after an intense day of walking. For this reason, the event’s official bar, the Dynamic Bar, will offer nightly entertainment and special discounts for the participants. 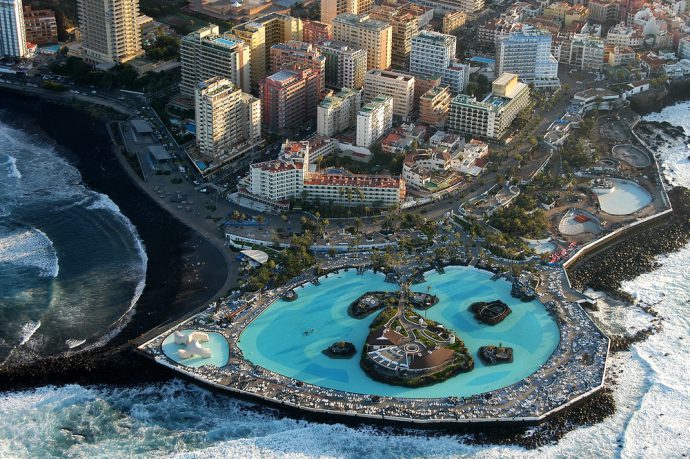 But you can also explore the city, because on Sunday, May 27th, two free urban tours are offered in Puerto de la Cruz. On the one hand, you can follow the footsteps of the Canarian artist César Manrique or visit the various gardens, i.a. the Botanical Garden, Sitio Litre and Taoro Park.

One of the commitments of the Tenerife Walking Festival is sustainability, with the “zero footprint“ as the target. This means that the carbon footprint of the festival is calculated, and to compensate for it, measures are analysed to reduce it in future events. With the help of a group of nature-loving volunteers, planting activities are carried out in some areas of the island. 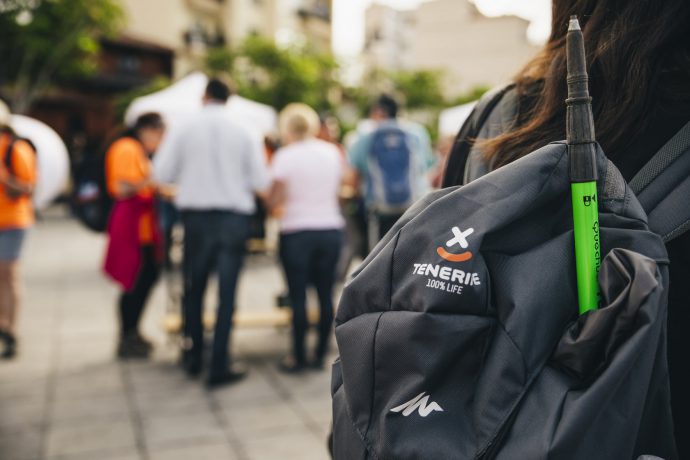 Hiking at your own pace

The best thing about the festival is that its multitude of trails also allows a multitude of experiences. Whether you are an adventurer in search of great challenges or you prefer easier routes with a low difficulty and less physical effort,… you surely will find your path to an unforgettable experience at the Tenerife Walking Festival.