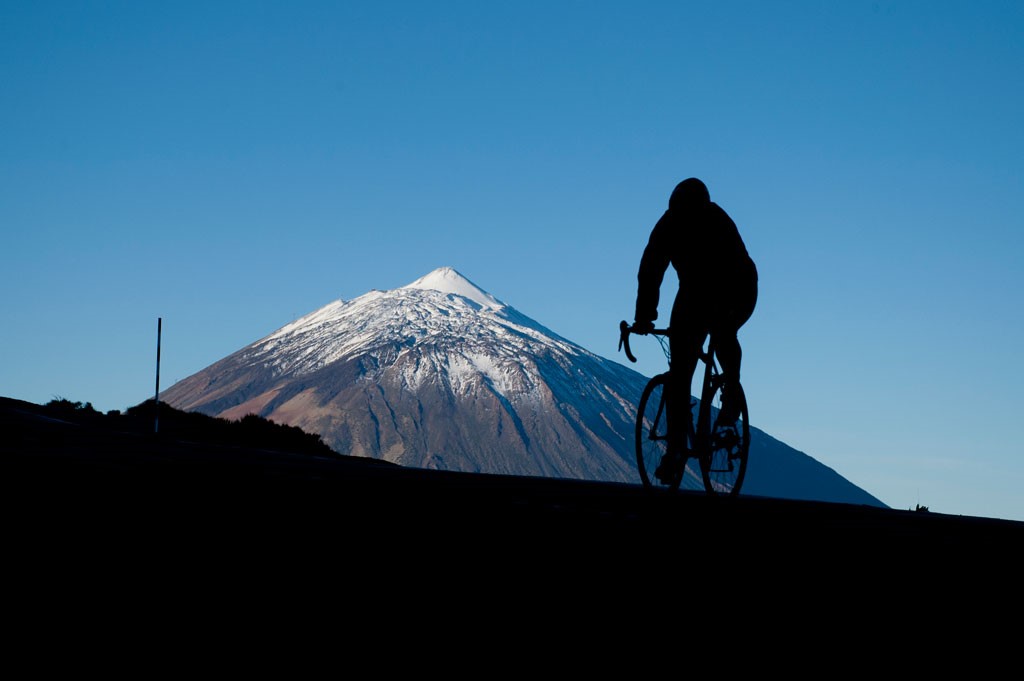 Cycling in Tenerife is one of the most active sports. Cycling champions such as Chris Froome and Alberto Contador choose our island not only for its excellent training conditions, but also for the friendliness and openness of its inhabitants. Here are some more reasons why the best choose Tenerife.

There are many routes in Tenerife where you can test your limits, from the Atlantic coast up to 2,000 metres of altitude difference. 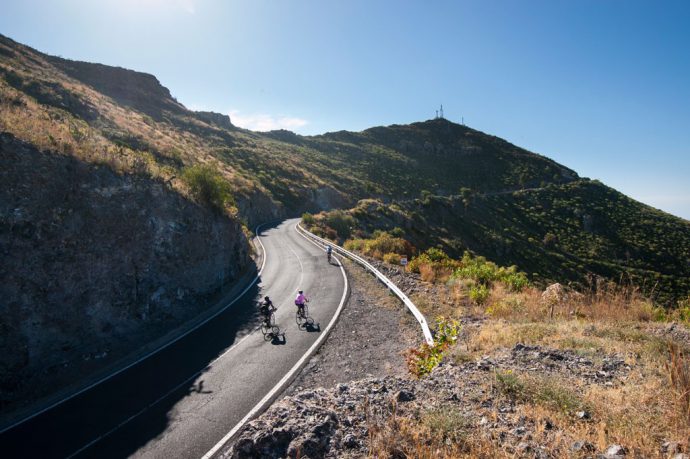 One of the most complex tours is route no. 2 in the north of the island. There you visit the municipalities of La Orotava, La Laguna, Tacoronte, El Sauzal, La Matanza, La Victoria and Santa Ursula. The route has a total distance of 98 kilometres with an accumulated ascent of 2,727 challenging vertical metres, especially in the ascents to the Mount Teide National Park.

Although not all routes are hard or difficult, in Tenerife you can choose the route that best suits your abilities and possibilities. Route no. 6, for example, is of low difficulty and starts in Costa Adeje. Its length is 70 kilometres and covers regions of Arona, Granadilla, El Médano or Las Galletas. 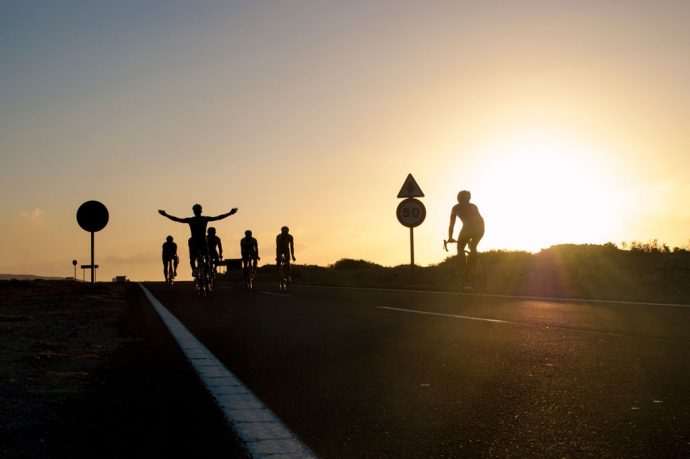 Another of the challenges that you can take on in Tenerife is to equip yourself with the best mountain bike and launch yourself to one of the five forest routes that make up the network of natural tracks on the island. 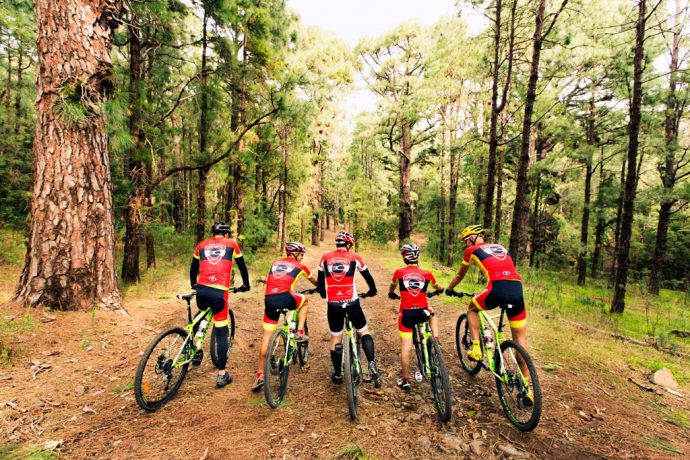 Most of these trails pass through the Corona Forestal, the largest nature reserve in the Canary Islands. As a general rule, cyclists can ride the forest trails without restriction, so no special permit is required. If you are looking for a real challenge, we recommend the BC-1 with a total of 84 kilometres on the main route and another 53 kilometres through the 13 branches and variants. It is the island’s largest route as it traverses the entire northern slope of Tenerife and crosses up to 15 municipalities and six nature reserves. 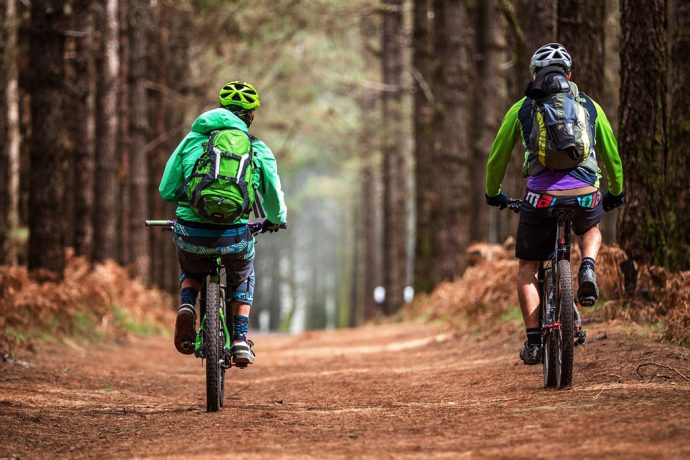 You can also try a shorter route like the BC-3. It is only 9 kilometres long and runs through the pine forests of Chío through the municipalities of Santiago del Teide and Guía de Isora.

Tips for cycling in Tenerife

Possibly some questions arise about what you need or when is the best time of the year to practise cycling in Tenerife. Here are some recommendations and answers to frequently asked questions:

When can I practise cycling in Tenerife?

The good weather conditions of the island are ideal for this sport in every season, since we have an average temperature of 22 degrees 365 days a year. 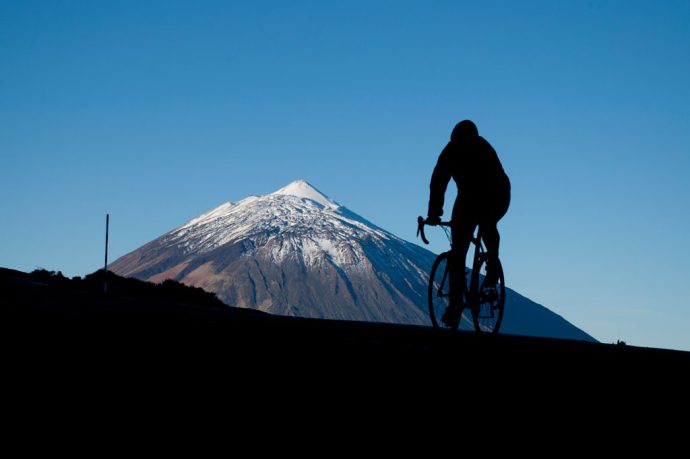 What do I need for cycling in Tenerife?

A bike, of course! If you can not or do not want to bring your own, no problem, there are a lot of companies that offer rental and support services and help you choose the best options and routes. Also, several hotels on the island, such as the Route Active Hotel, are specialised in active tourism and have their own services to make sure your stay adapts to your own needs.

Oh! And of course do not forget the helmet and all the security measures that you have at your disposal.

Do you need a permit?

For groups over 50 cyclists a special permit is required, which can be requested at Carreteras del Cabildo de Tenerife or by the Island Federation of Cycling.

If you already made your decision, pack the jersey and spend your vacation on two wheels in Tenerife.