The island is an ideal  for young and old

When a family is looking for a holiday spot where everyone can have a great time, many automatically think of Tenerife. Why? The island is a close, accessible destination with an annual average temperature of 22 degrees centigrade and above all, it offers almost endless possibilities for having fun.

A family trip involves toying with an idea: that the location for a few days of fun and relaxation is different enough from back home but, at the same time, you do not have to travel halfway around the world to get there. Tenerife usually comes to mind because it is only about four hours’ flight time from Europe. In under a day, you can travel to the island of eternal spring. When you land on the island, its pleasant traditional atmosphere welcomes you and it’s perfect for outdoor activities every day of the year; and if you have children, that’s crucial. 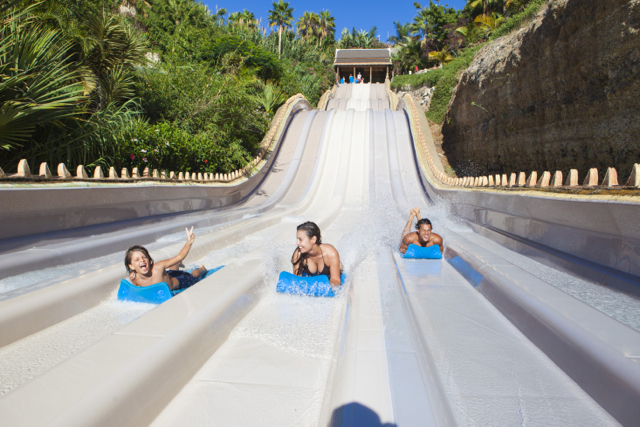 Theme parks for young and old

One of Tenerife’s big selling points for families are water theme parks. Siam Park in Costa Adeje, is the largest water park in Europe and the best in the world according to Travel Advisor. Inspired by the Kingdom of Siam, it offers incredible slides, tropical gardens and attractions like a large white sandy beach with an artificial wave pool. Loro Parque in Puerto de la Cruz, is one of those places you must visit. Penguins, gorillas, otters, sharks, and orcas … Nature in all its splendor in a unique area considered the best zoo in Europe also (also according to TripAdvisor).

There are very many more alternatives, for example in the south of the island. Families can roam around Jungle Park with all kinds of free flying exotic birds and birds of prey plus 500 species of animals and tunnels, bridges, waterfalls, lagoons and caves. For an adrenaline rush, it’s best to go racing at Karting de Tenerife.

Aqualand is a water park offering not only water attractions but also dolphin shows. If you want to feel like a true explorer, head for Pyramids of Güímar Ethnographic Park, which offers several routes outdoors where little ones have a very important mission: to unravel the secrets of the six ancient and mysterious stepped pyramids. If your kids feel like playing and having fun in the countryside, Forestal Park offers all family members the chance to swing on zip lines among towering pines of the Esperanza Mountains.

The Museum of Science and the Cosmos in La Laguna invites you to discover the fun part of science through experiments and gadgets that you can touch and play with. For those interested in the origin of the island’s indigenous culture, the Museum of Nature and Man in Santa Cruz displays well preserved mummies and pottery that belonged to the Guanches, the first settlers on the island.

Kids will love seeing the stars while adults are fascinated by the unfathomable vastness of the universe. Tenerife, especially Teide National Park, is one of the best spots in the world for stargazing thanks to the clean air and purity of the sky. An original activity for the whole family especially if you hire the services of a specialized company with Starlight Guides offering expert knowledge, long-range telescopes and even dinner at high altitude. Teide National Park, a UNESCO World Heritage Site, is an attraction in itself for its volcanic landscapes that look like another planet. Dedicating one day to discover the park and the majestic volcano Mount Teide is a terrific idea and don’t miss a ride up the cable car to get close to the crater (you need a permit – apply online).

Another of the island’s star activities is the whale and dolphin watching. Just three miles off the southern coast of Tenerife live colonies of these adorable marine mammals. Hop on one of the boats that organize daily trips for an unforgettable and moving experience. 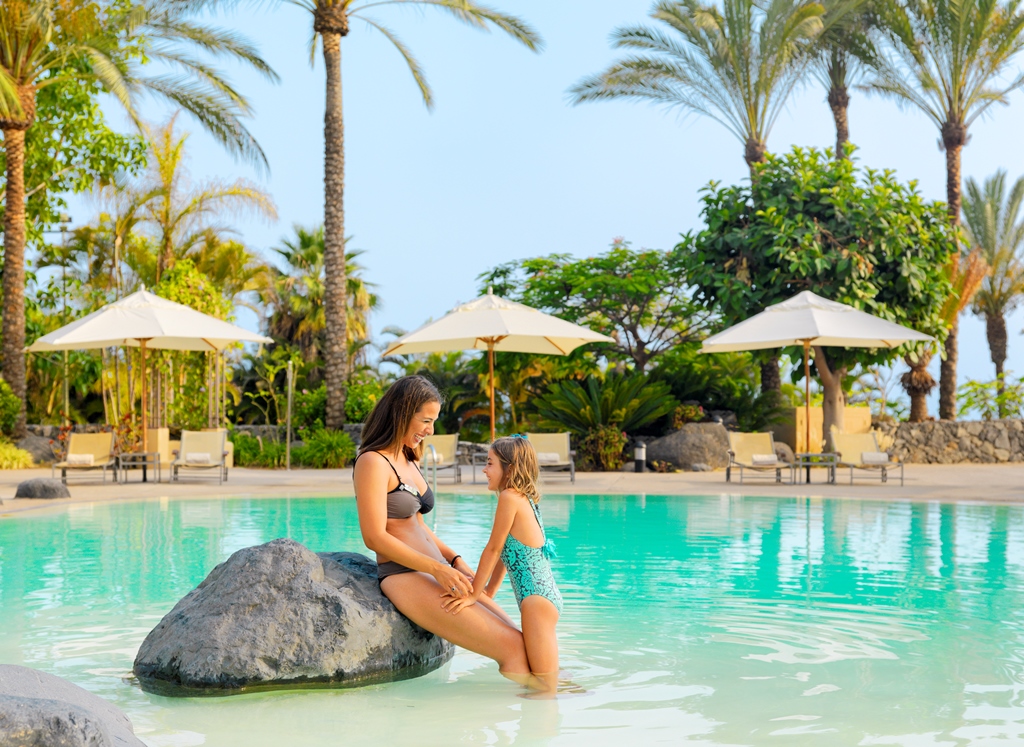 Tenerife’s coast is full of beaches north to south, ideal for a good swim in the waves or just to have fun making sand castles with a bucket and spade. If you prefer a relaxing dip, check out the eight spectacular natural pools at Martiánez sea-bathing lake in Puerto de la Cruz. Ideal for a different day out, there are great restaurants in and around this lovely old town.

On the island there are also some very original attractions. From the Palmetum in Santa Cruz, a true botanical garden with all kinds of plant species including an impressive collection of palm trees, to the Cueva del Viento (Icod), one of the largest volcanic tubes in the world thanks to its 17 kilometres of caves filled with silence and darkness. 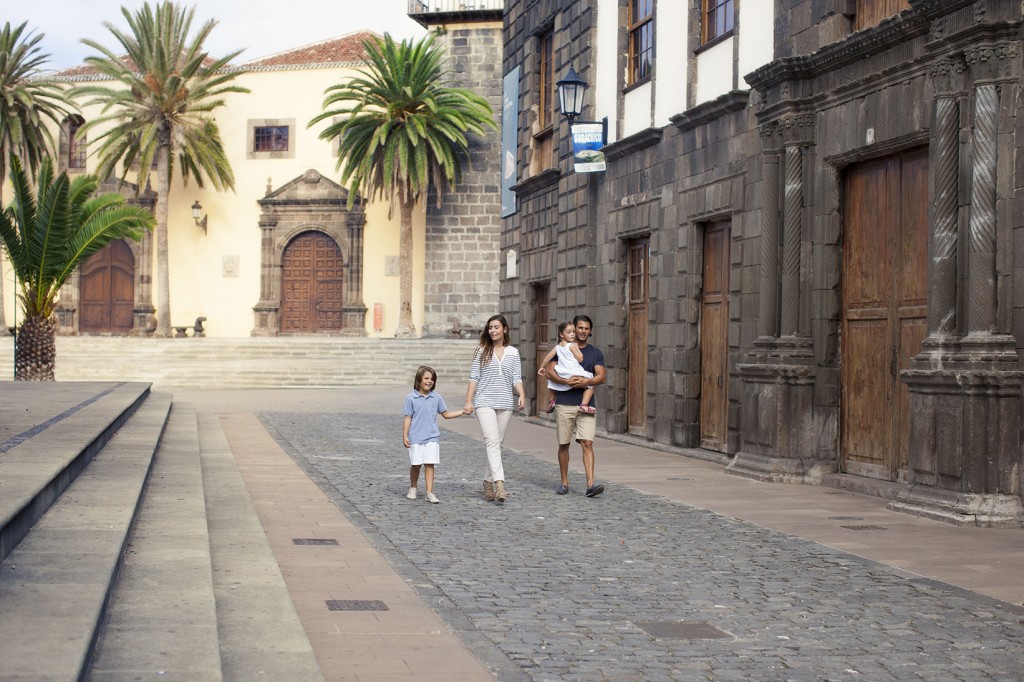 There are 4 and 5 star hotels galore with all the amenities and facilities for families – specially equipped rooms, children’s pools, play areas, plenty of entertainment activities and food that satisfies any palate, even the kids. Tenerife is irresistible for families.