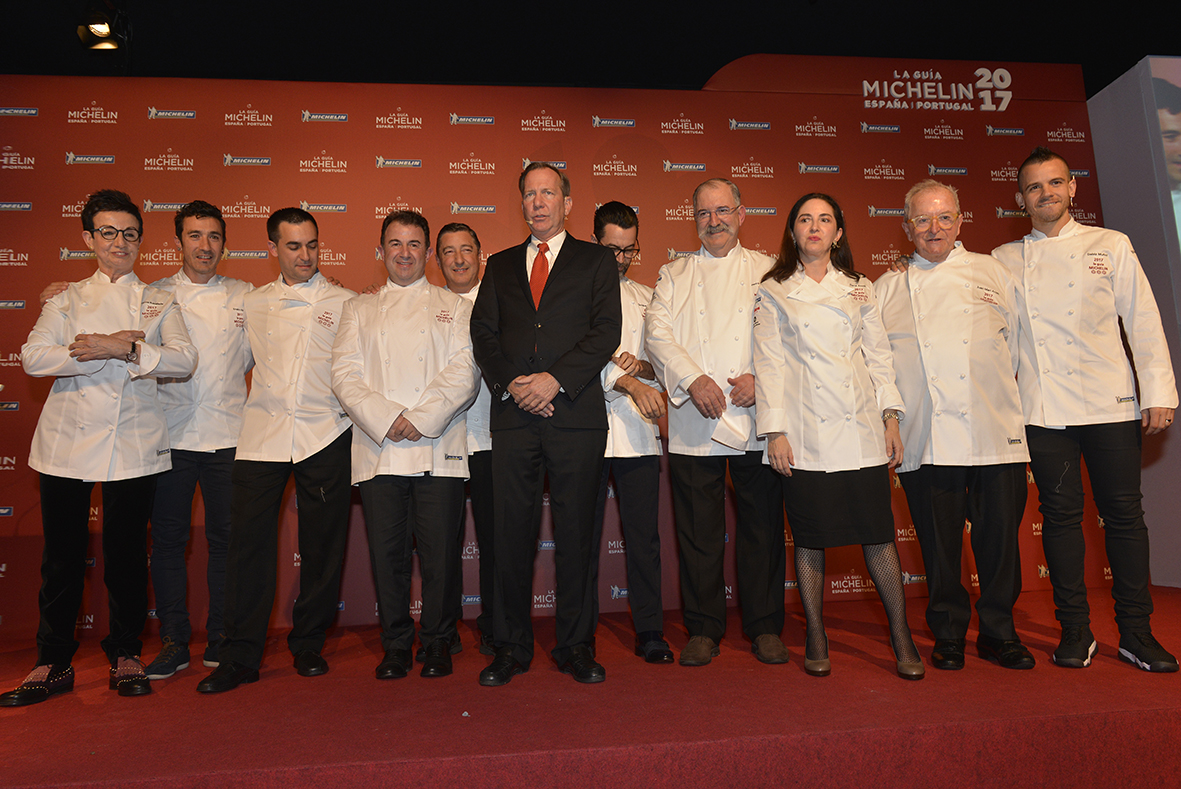 The gastronomy of Tenerife reached with the Michelin Gala the culinary heaven. The ceremony was attended by 500 guests. For the first time it took place in Tenerife, the island of “eternal spring“.

The Spanish star chef Berasategui was the honoured host of the gala dinner, along with Ricardo Sanz from the Kabuki restaurant. In addition, his head chef of the restaurant M.B., Erlantz Gorostiza, was the coordinator of the culinary party that followed the event. 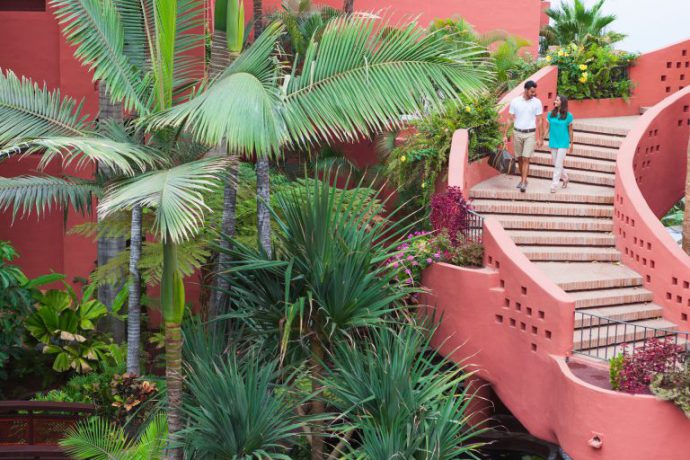 The International Director, Michael Ellis, emphasized in his speech during the Gala in the Ritz-Carlton Hotel Abama in Guia de Isora that the distribution of the Michelin stars in the current Guide shows once again that Spanish and Portuguese cuisine continue to live great moments and that the national cuisine of both countries continue to grow, “and for tourists the Guide Michelin serves as an important speaker”. The event, held for the ninth time in a row, has become one of the most important events in the catering industry.

At the Gala in the Ritz-Carlton Hotel Abama in Guia de Isora, International Director Michael Ellis emphasized in his speech that the distribution of the Michelin stars in the current issue shows once again that Spanish and Portuguese cuisine continue to enjoy great moments and that the national cuisine of both countries continues to grow, “and for tourists the Guide Michelin serves as an important speaker”. The event, held for the ninth time in a row, has become one of the most important events in the gastronomy industry.

Tenerife is the only island in the Canary Islands that has restaurants with Michelin stars.

During this edition, the Nub restaurant in La Laguna was awarded with a Michelin star. 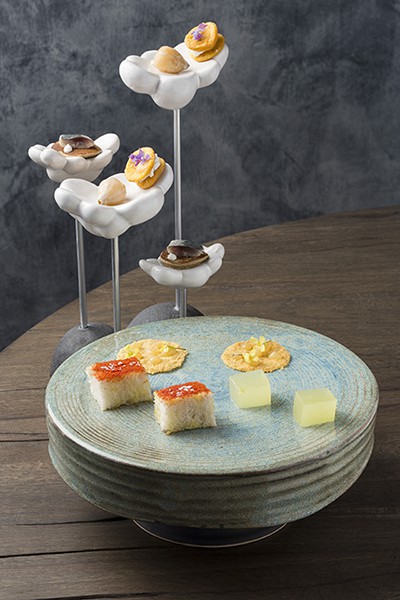 Nub spoils us with an interesting mix of Italian, Chilean and traditional Canarian cuisine. This new star shines together with the other five stars in Tenerife.

The following restaurants are currently in possession of the coveted stars: two has the M.B. Restaurant (Martín Berasategui) in the Hotel The Ritz Carlton Abama in Guia de Isora, one star has the Kabuki (also in the Ritz Carlton Hotel Abama), the Kazan in Santa Cruz also a star, as well as Rincón de Juan Carlos in Los Gigantes (in the municipality of Santiago del Teide) and now the restaurant Nub in La Laguna.

A table full of stars is waiting for you in Tenerife.

From the imposing lunar landscape on Mount Teide, the volcanic canyons to the Atlantic coast, diversity permeates the entire island. Landscapes, culture and gastronomy are determined by the unique micro climate in Tenerife.

The ingredients of the gastronomy of Tenerife have their very own personality, such as the wine grown on volcanic soil or the honey with the scent of native flowers. This personal touch is particularly evident in the dishes and the modern cuisine; gastronomic essence meets centuries of cultural encounters.

Marriage of stars, a gastronomic journey through Tenerife

If you want to discover this “gastronomic landscape“, then you have the opportunity, especially in the months of November and December. A lot of gastronomic events will take place, where you will get an insight into the culture, the historical municipalities and, of course, the beautiful landscapes in addition to the culinary delights.

Explore the island, the Canarian cuisine and at the same time you will learn about the traditions that have influenced the local gastronomy of Tenerife for generations.

The Gala of the “Guide Michelin 2018”, a meeting of the national and Portuguese “Haute Cuisine”, was the highlight. The gala took place on November 22nd at the Hotel Ritz-Carlton Abama, where three of the now six Michelin stars from Tenerife are home to: two are owned by the restaurant M.B. and one belongs to the Abama Kabuki.

Whether you are a lover of modern cuisine or you prefer the traditional flavours of Tenerife, during your holiday on the island you can enjoy everything. Let’s go on a culinary trip of the Canarian cuisine.

Food in Tenerife, a journey for the palate

A highlight in Tenerife is the wrinkled potato (Spanish papa arrugada) served with green coriander mojo or red paprika mojo. It is considered one of the seven gastronomic wonders of Spain. 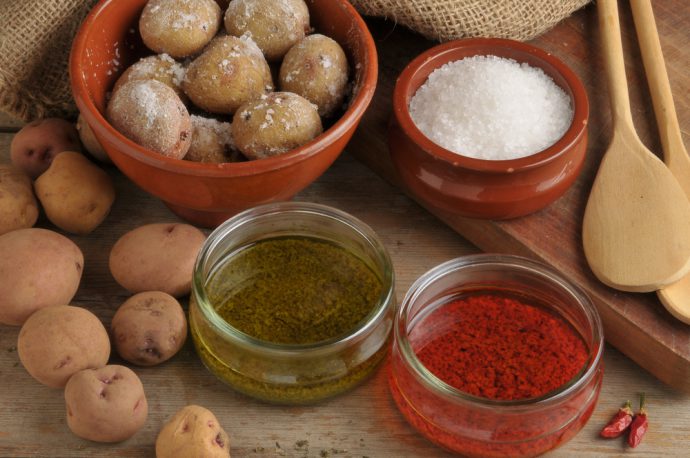 Gofio, another important ingredient in the gastronomic identity of the Canary Islands, is a product inherited from the Guanches, the island’s first inhabitants. It is a roasted cereal flour characterised by its nutritional value and authentic taste. You will find Gofio in the traditional cuisine, in recipes such as the Escaldón or in the modern cuisine with more innovative versions in desserts or mousse. 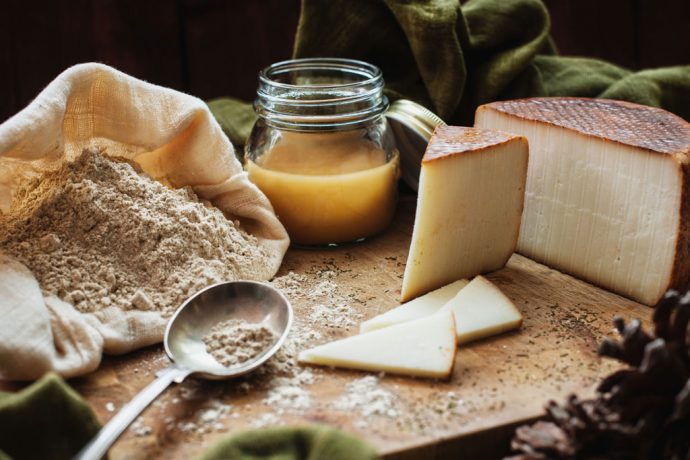 The honeys of Tenerife are also one of the protagonists in the gastronomy of the island. In their sweetness they hide more than five centuries beekeeping tradition. There are several types, as well as the geographic diversity: coast, Teide National Park and mountain landscape. Particularly popular is the honey of Mount Teide, the honey of the Teide bugloss (Tajinaste) or the broom (Retama) honey from the National Park. The aromas remind you of the highest peak in Spain and they are the perfect accompaniment to desserts and sauces.

Wines and wineries from Tenerife

White, rosé, red wine, Malvasías … The history of Tenerife is closely linked to the history of its vineyards. For many years Malvasia export was the most important economic engine of the island. Wine-growing started in the fifteenth century by the first Europeans moving to Tenerife. 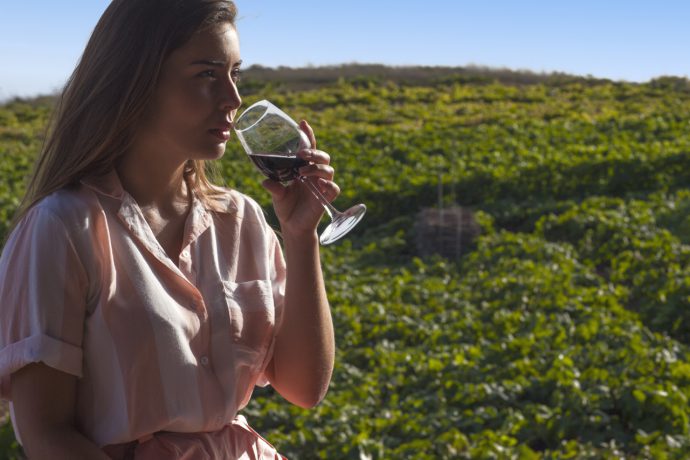 This quality is protected in the numerous designations of origin of the island’s wineries: Abona, Tacoronte-Acentejo, Valle de Güímar, La Orotava and Ycoden-Daute-Isora. Here you can taste the wines that once Shakespeare and Walter Scott fell in love with.

Are you ready for your gastronomic experience?

The 2016 edition of the prestigious Michelin Guide has once more acknowledged the extraordinary quality of Tenerife cuisine, by giving five stars to restaurants on the island. The latest in joining the list is El Rincón de Juan Carlos, which has just achieved its first star. It is joined by the restaurants M.B. and Kabuki, both at the Abama Resort & Spa in Guía de Isora (which retain the stars they already had, two and one respectively), and Kazán in Santa Cruz de Tenerife (which also keeps the star it obtained last year).

Tenerife is the only Canary Island with Michelin stars thanks to its gastronomy, which has been able to combine traditional dishes with other more innovative ones to create a culinary option that —through hundreds of restaurants spread all over the island— now holds its own as a tourist attraction. 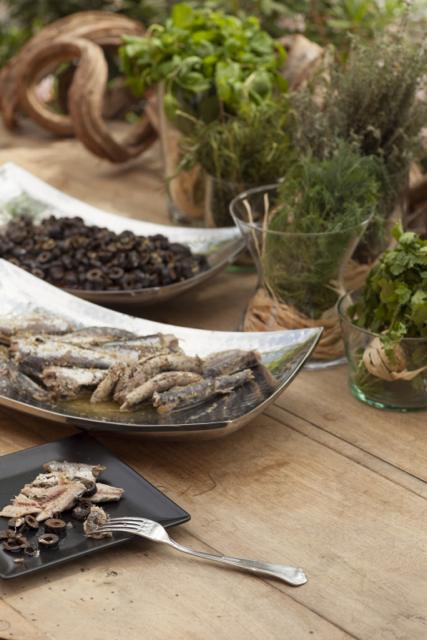 Tenerife gastronomy is made from products that stand out for their freshness, one of its greatest identifying features. The fish and the meat and, of course, all of the garden produce make delicious dishes featuring stars such as potatoes, bananas and honey.

Tenerife wines deserve a special mention. The volcanic origins of the island have favoured original and diverse wines, at times produced in unlikely conditions due to weather or orography. These particularities can be appreciated in the five certified designations of origin in Tenerife: Abona, Tacoronte-Acentejo, Ycoden-Daute-Isora, Valle de Güímar and Valle de La Orotava.

Part of the explanation of the progress experienced by Tenerife cuisine over recent years is the Saborea Tenerife product club. It integrates the growers, the markets, the chefs, the winemakers and everyone who has anything to do with the island’s gastronomy.

The pooling of professional sectors and public initiatives makes up a club where diverse activities coincide, such as gastronomy with alternative leisure activities, active tourism, nature tourism, cultural tourism, wine tourism, accommodation, local production, specialist means of communication and many of the current varieties of tourist experience that mark the difference and singularity of top holiday destinations.

For more information on Tenerife’s restaurants and wineries: