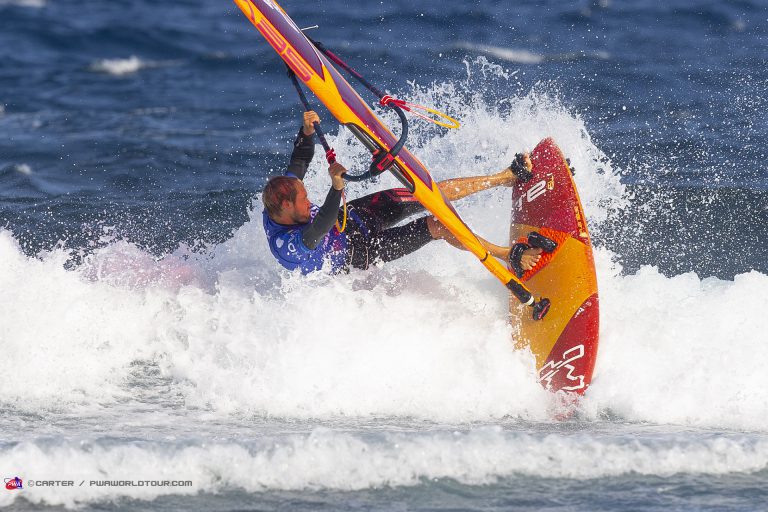 The best windsurfers in the world have once again tamed the waves and wind on the beach of El Cabezo (El Médano). Almost 100 participants from 20 different countries have gathered at the PWA World Cup Tenerife to compete in the men, women and junior categories. 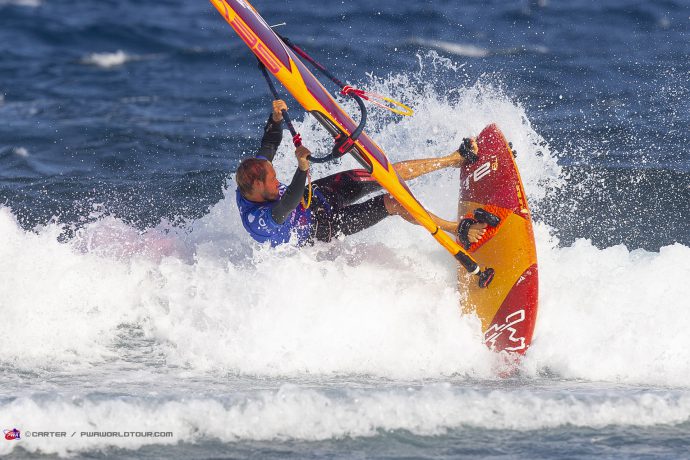 For the ninth time in a row, the PWA World Cup Tenerife has established itself as an essential event for windsurfers from all over the world. In the men’s category stand out names such as Ricardo Campello, Philip Köster, Jaeger Stone, Víctor Fernández and Alex Mussolini.

In the women’s category, Iballa Moreno, Justyna Sniady, Sarah-Quita and Lina Erpenstein performed very well. The event was broadcast live on the official website of the PWA World Cup as well as on the different social media of the championship. In the YouTube channel, you can watch the summary videos of each day with the best moments.

The winners of the PWA World Cup Tenerife 2019 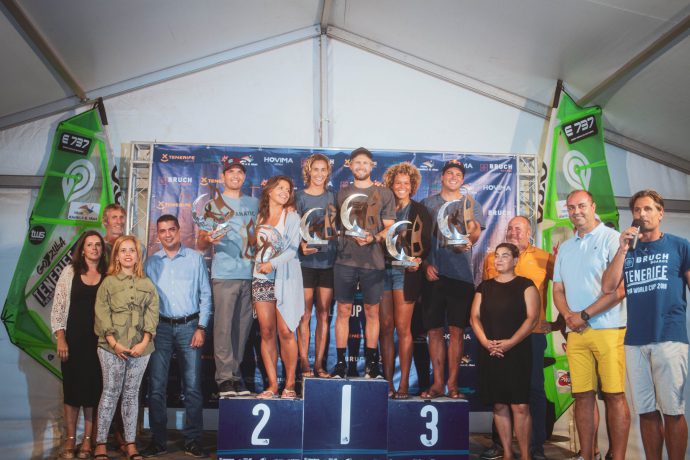 After several intense competition days, the winners of the waves and the wind were determined.

In the men’s category, the Australian Jaeger Stone beat the former champion Victor Fernandez. Stone achieved his best performance in the finals, his first victory in a PWA event. The German Philipp Köster was able to reach the third place after competing against the Venezuelan Ricardo Campello. 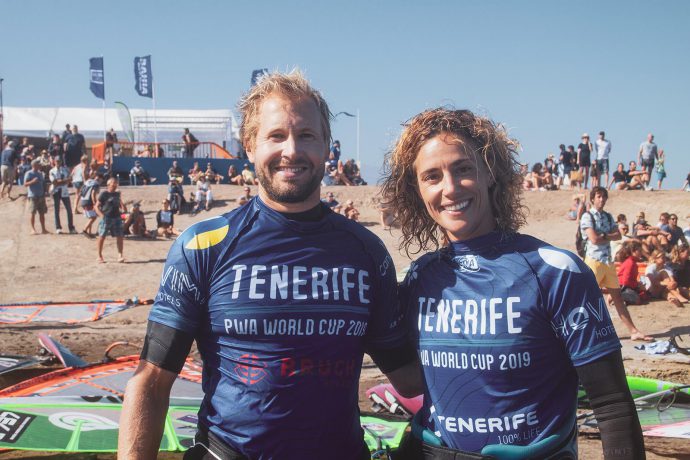 On the women’s podium, Spaniard Iballa Ruano secured the highest rank against Polish Justyna Sniady. This victory consolidates. This victory consolidates Iballa as a brand new PWA Tenerife champion for the fourth time in a row. In the battle for third position competed Sarah-Quita Offringa and Lina Erpenstein. The sporting duel was won by Sarah-Quita Offringa.

The juniors were also able to compete and show what the future of windsurfing holds for us. Alexia Kiefer Santana, Julia Pasquale in the U17 category and Mar de Arce Sánchez in the U20 category won the U15 women’s competition.

Carlos Kiefer Santana can be very proud of his triumph in the men’s U13 category. Also the Japanese Hayata Ishii reached in the category U15 and Liam Dunkerbeck in the category U17 the winners podium. In the U20, the victory finally went to Mariano Gil from Gran Canaria. 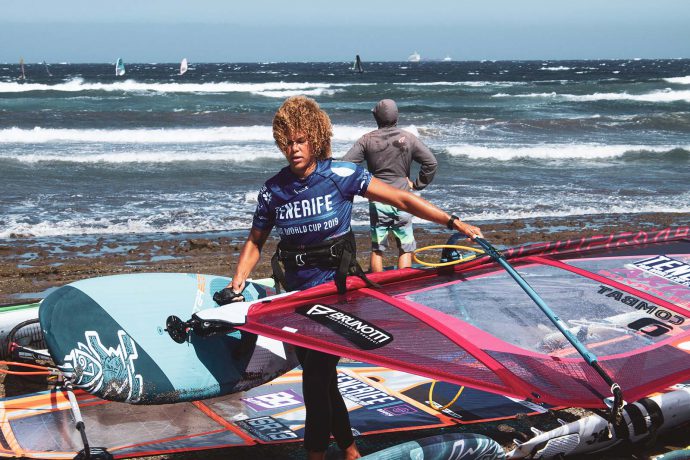 Tenerife has several ideal places for windsurfing. The beach of El Cabezo, where the PWA World Cup Tenerife was held, is one of the most popular places to practise this sport on the island, but also one of the most demanding in terms of technical level. Luckily, there are several windsurfing centres where you can not only rent equipment, but also receive training classes to learn how to master the board.

What are you waiting for? In Tenerife you have a sports universe at your fingertips.